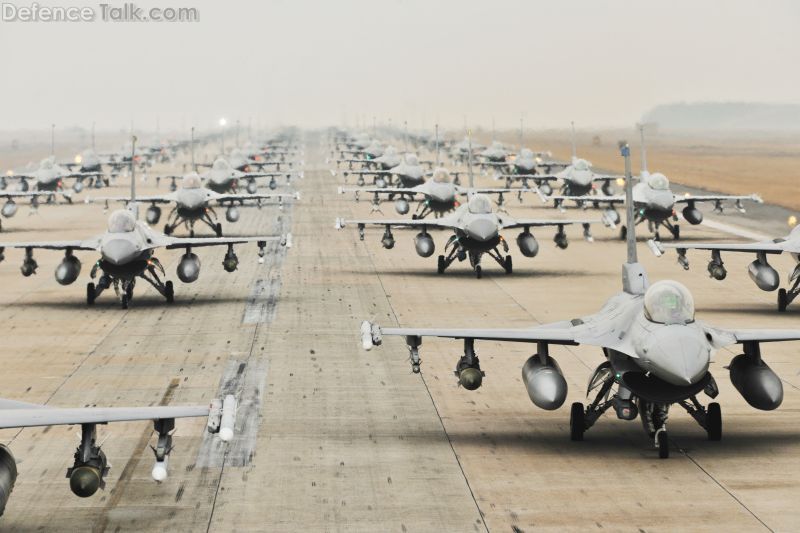 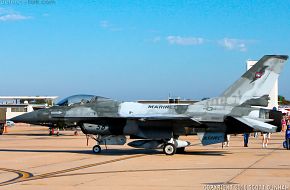 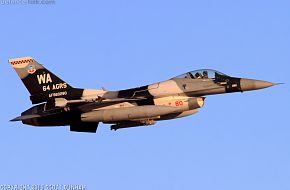 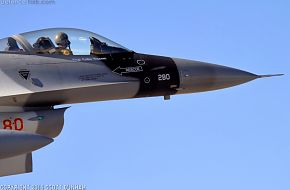 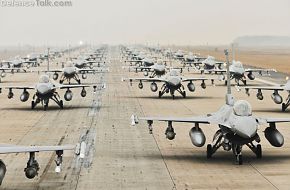 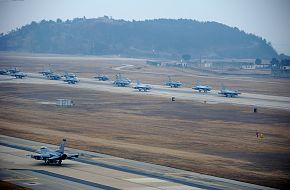 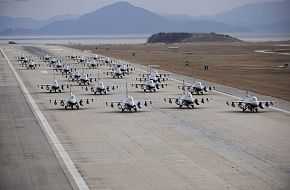 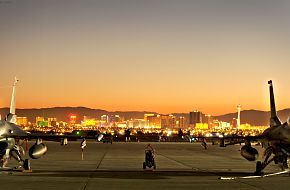 F-16 Fighting Falcons from the 35th and 80th Fighter Squadrons of the 8th Fighter Wing, Kunsan Air Base, Republic of Korea; the 421st Expeditionary Fighter Squadron of the 388th FW at Hill Air Force Base, Utah; the 55th EFS from the 20th FW at Shaw AFB, S.C.; and from the 38th Fighter Group of the ROK Air Force, demonstrate an âElephant Walkâ as they taxi down a runway during an exercise at Kunsan Air Base, Republic of Korea, March 2, 2012. The exercise showcased Kunsan AB aircrews' capability to quickly and safely prepare an aircraft for a wartime mission. (U.S. Air Force photo by Senior Airman Brittany Y. Auld/Released)
Click to expand...
There are no comments to display.