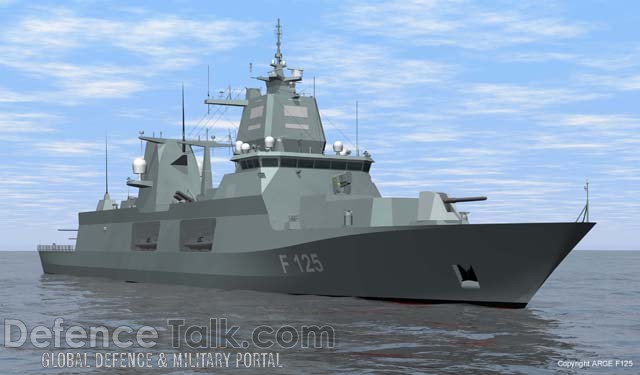 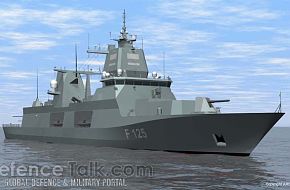 Seen here the close-to-final design of the upcoming F-125 frigate for the German Navy to replace four units of the F-122- (Bremen-) class.
Specs: 6,800 ts, 26 knots, 127 mm OTO main gun, Harpoon, RAM, VLS (likely ESSM), 2 helos.
Click to expand...
Dont think there will be any further increasment in size, the specs seem to be fixed more or less now.
Also note that the VLS is not included for sure as of now (yeah, I included it in the specs because the image seemed to suggest a VLS). A 48 cell VLS may seem logical but as of now there are official announcements only for the rest of the armament, i.e. 127 OTO, MLGs, RAM, obviously some sort of AShM and heavy MGs.
Also there will be only one 127 gun, since the contracts with Finmecchanica/OTO were already signed and the number of units supplied fits on gun per ship, no more.