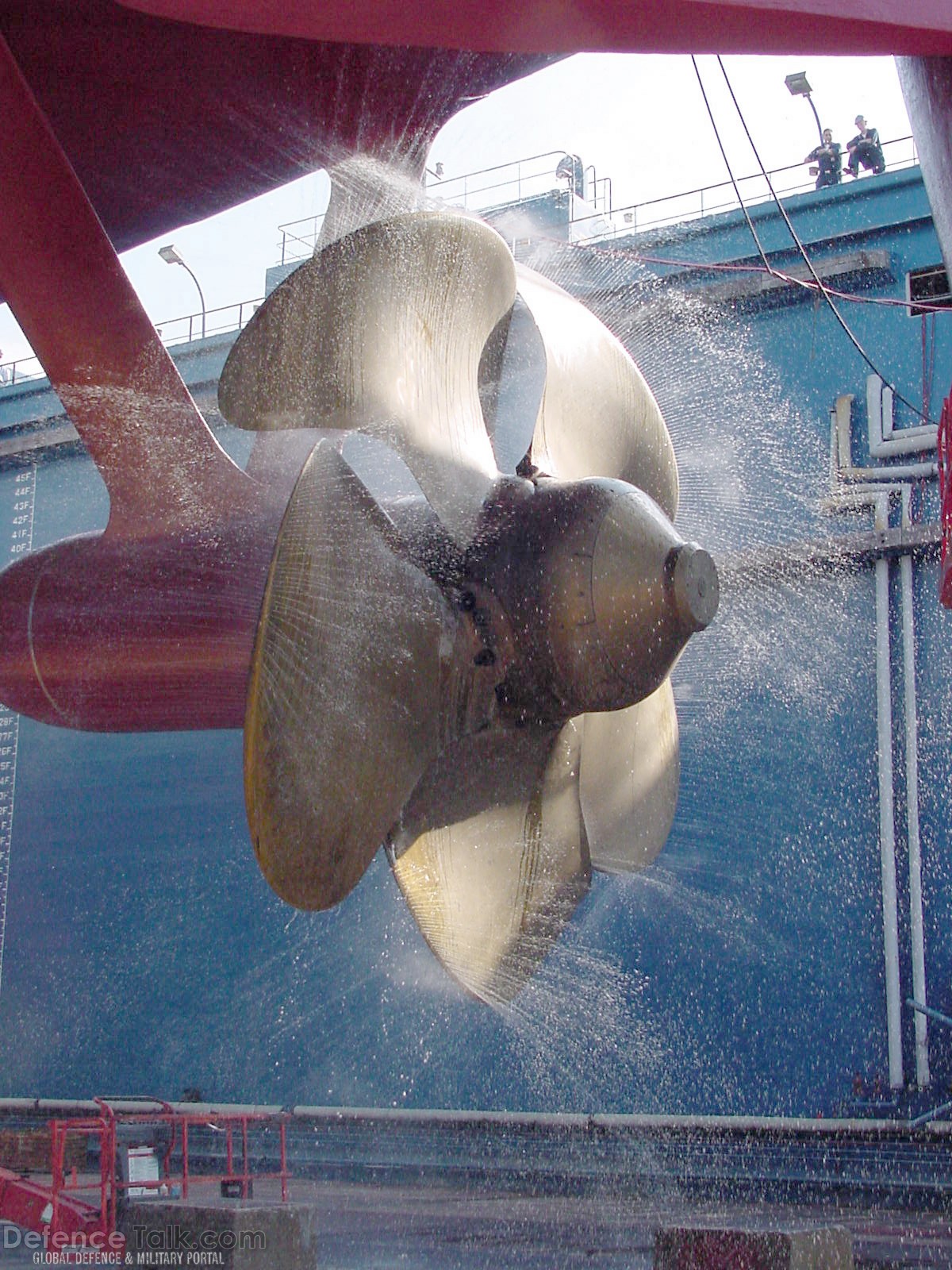 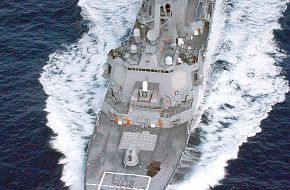 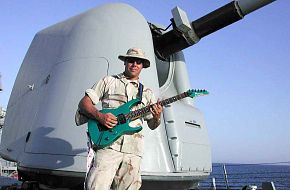 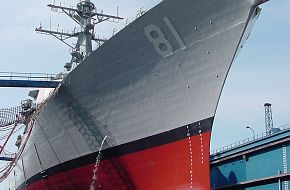 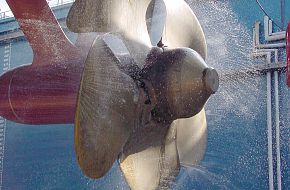 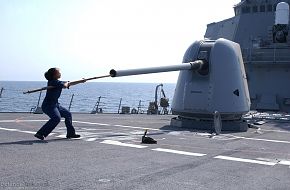 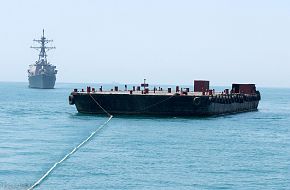 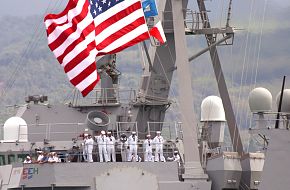 Aboard USS Winston S. Churchill (DDG 81) Aug. 5, 2002 -- Water and air are forced through the propellers of the Churchill to test the ship's system that reduces reverberations made by the screws while underway. The ship is near the end of a $25 million Post Shakedown Availability (PSA) at Bath Iron Works in Bath, Maine. It will soon depart for her homeport of Norfolk, Va. and join the USS Theodore Roosevelt battle group. U.S. Navy photo by Intelligence Specialist 1st Class Holly Hogan. (RELEASED)
Click to expand...
There are no comments to display.