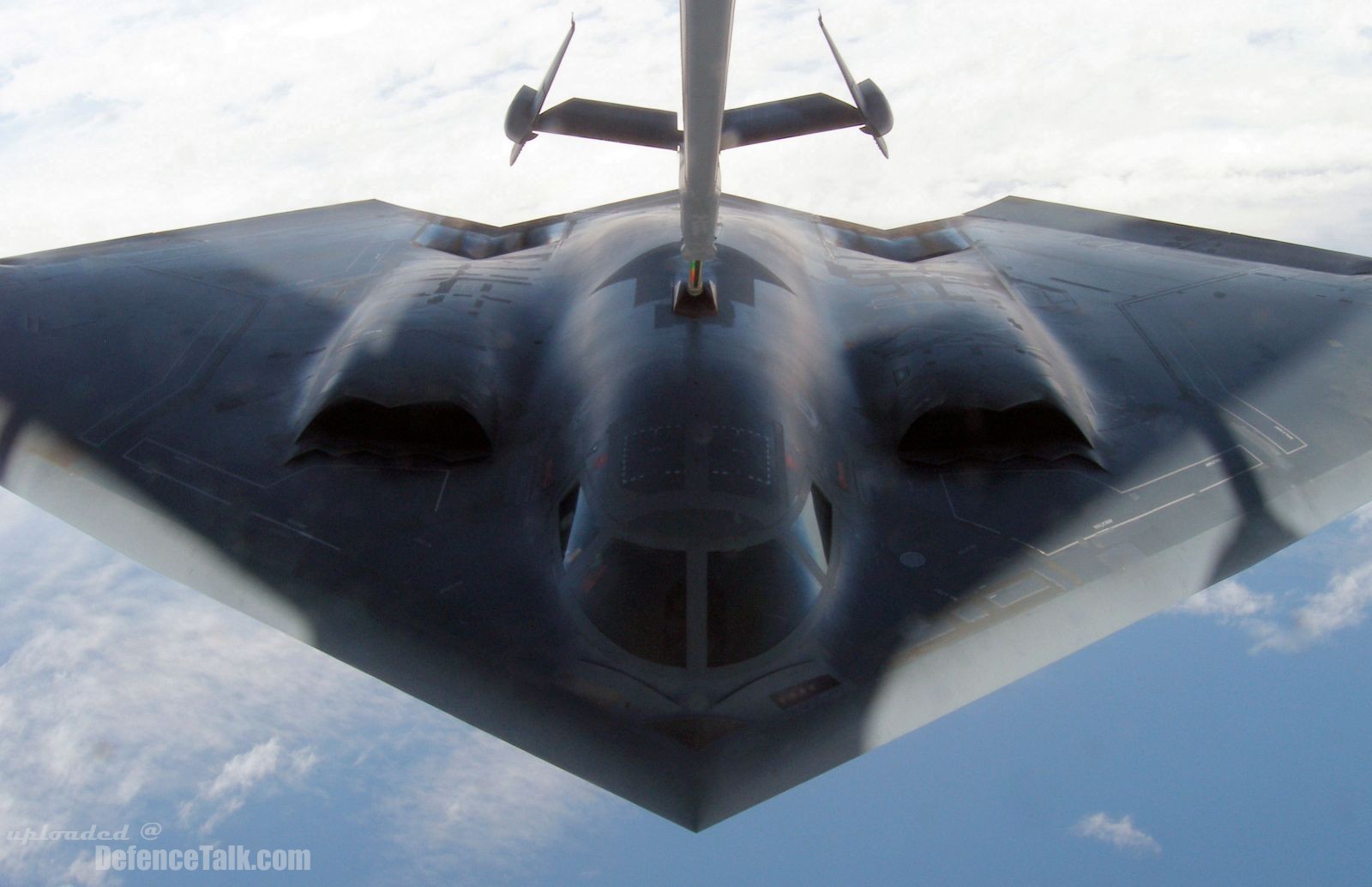 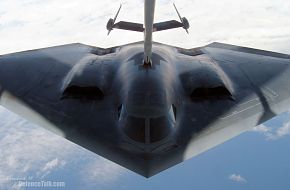 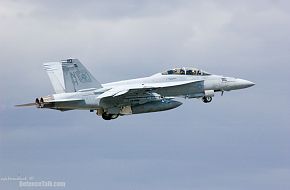 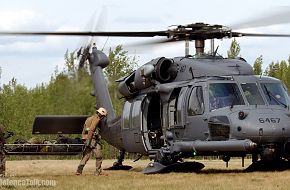 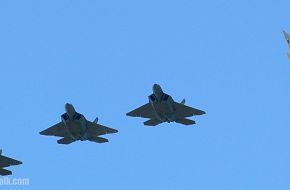 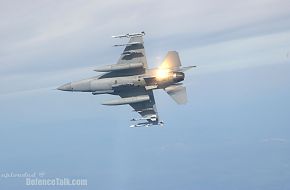 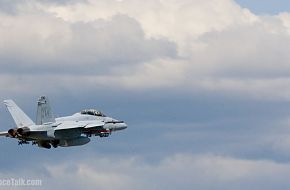 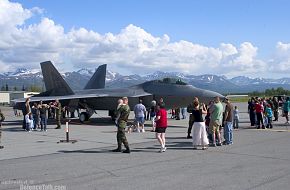 High over the Bering Sea, a B-2A stealth bomber from the 509th Bomb Wing at Whiteman Air Force Base, Missouri takes on fuel from an Air Force KC-10A tanker from McGuire Air Force Base, New Jersey. Two B-2A's deployed to Guam flew north to Alaska to strike targets during Operation Northern Edge 2006. Northern Edge is Alaska's biggest multiservice wargame and is due to end next week. The B-2A is officially designated as the &quot;Spirit&quot; but no one ever calls it that. Most in the know call it &quot;The Beast.&quot; The United States has 21 stealth bombers and each costs approximately two billion dollars.
Click to expand...
There are no comments to display.