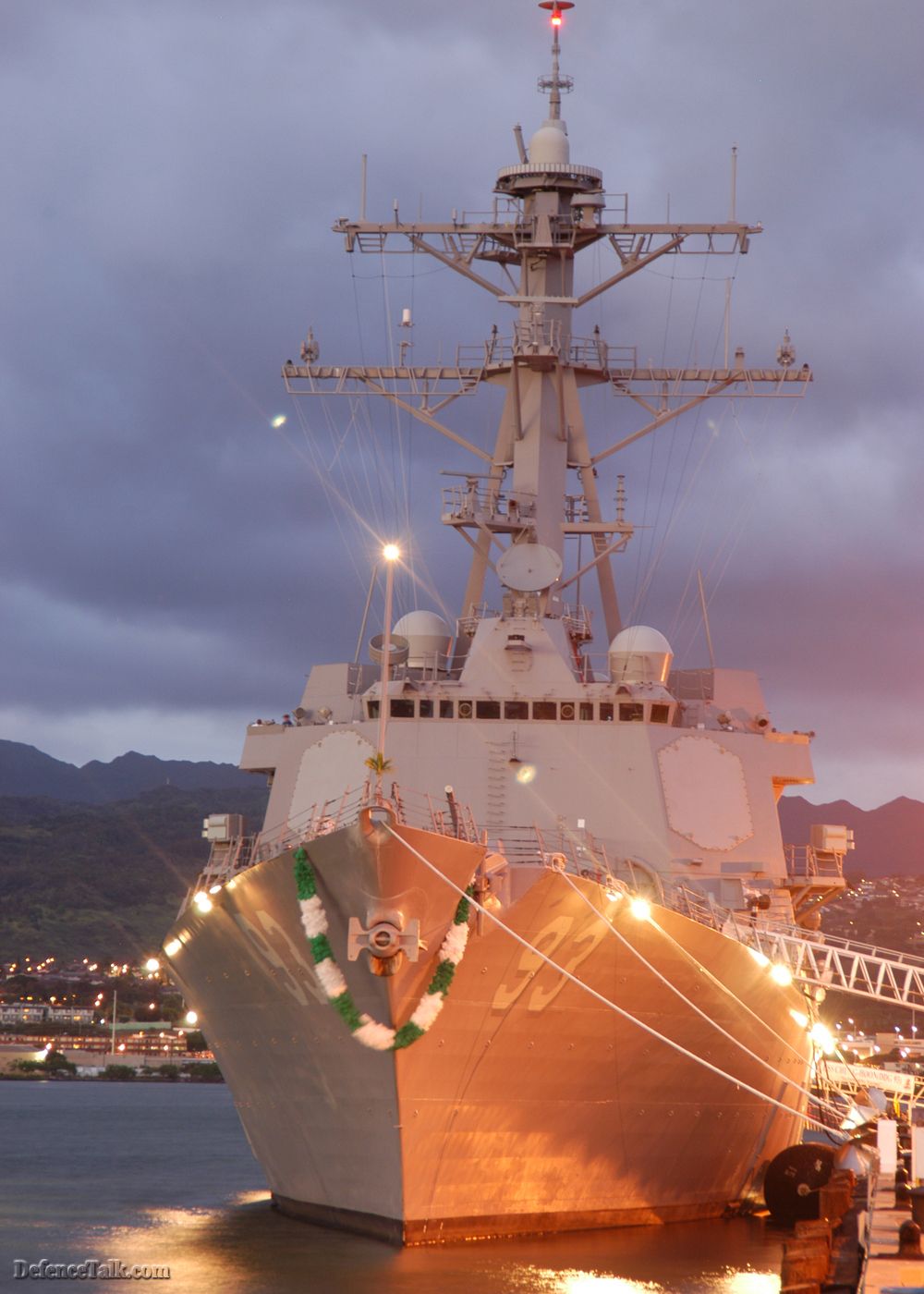 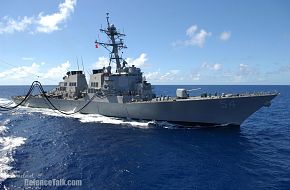 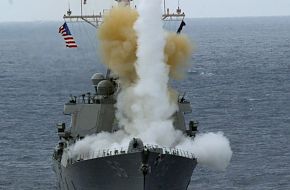 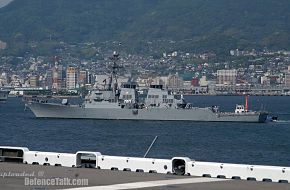 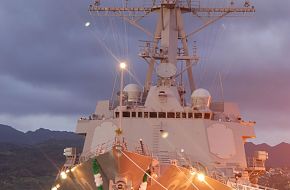 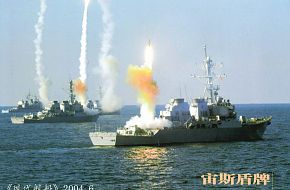 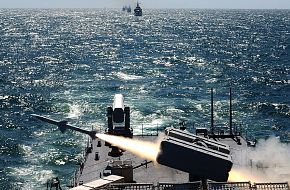 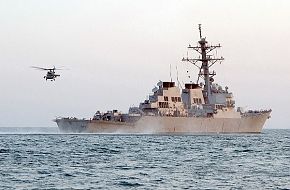 Pearl Harbor, Hawaii (Sept. 10, 2004) - The Navy's newest and most advanced Arleigh Burke-class guided missile destroyer USS Chung-Hoon (DDG 93), sits moored at Ford Island after arriving at her new homeport of Pearl Harbor, Hawaii. After the arrival, the shipÃ¢â¬â ¢s crew will prepare for their commissioning ceremony on Sept. 18. The ship is named in honor of Rear Adm. Gordon Paie'a Chung-Hoon, who was born and raised in Hawaii and awarded the Navy Cross and Silver Star for gallantry as Commanding Officer of USS Sigsbee during the Battle of Okinawa. Chung-Hoon was also assigned to USS Arizona during the Dec. 7, 1941 attack on Pearl Harbor. U.S. Navy photo by Journalist Seaman Ryan C. McGinley (RELEASED)
Click to expand...
There are no comments to display.