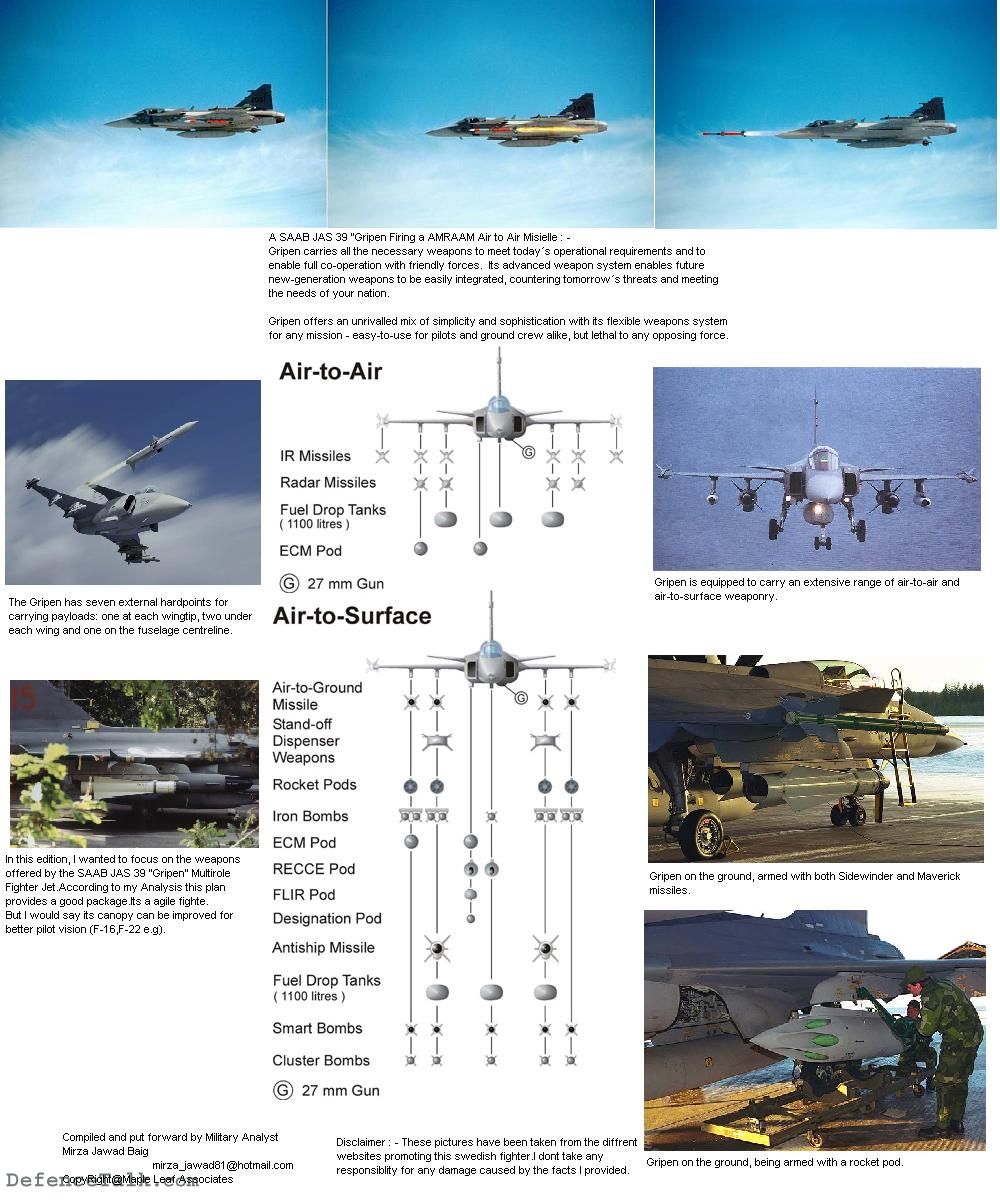 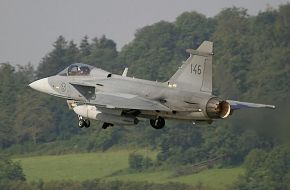 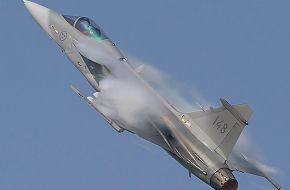 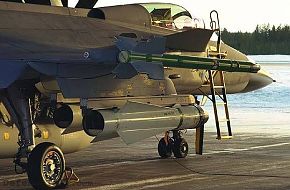 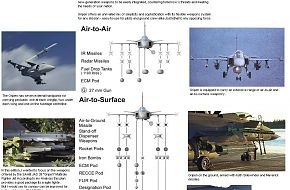 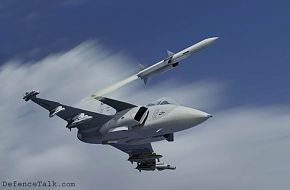 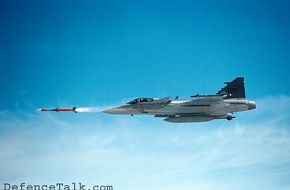 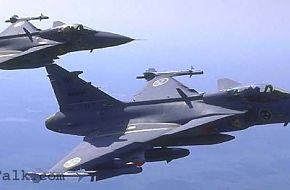 The Gripen has seven external hardpoints for carrying payloads: one at each wingtip, two under each wing and one on the fuselage centreline.

The air-to-air missiles include MBDA (formerly Matra BAe Dynamics) MICA, Raytheon AIM-120B AMRAAM and Lockheed Martin/Raytheon Sidewinder AIM-9L (Swedish Air Force Designation RB74). Sidewinder, mounted on the wingtips, is an all-aspect attack, short-range missile for enhanced dogfight capability. Air-to-surface missiles include the radar-guided Saab RBS15F anti-ship missile and Raytheon Maverick missile. Later versions of the aircraft for Sweden will be armed with the short-range BGT IRIS-T air-to-air missile and the MBDA Meteor Beyond Visual Range (BVR) air-to-air missile. IRIS-T is scheduled to enter service in 2005 and Meteor in 2010. The Saab Bofors/MBDA Taurus KEPD 350 long-range standoff missile, with a range of 350km, has been successfully flight tested on the Gripen.

The internally mounted 27mm Mauser high-energy gun can operate in an automatic radar-guided aiming mode. The stand-off dispenser is the DWF39 from EADS (formerly DaimlerChrysler Aerospace) and Bofors. The Bofors ARAK 70 rocket pod is cleared for carriage on the Gripen.
Click to expand...
There are no comments to display.