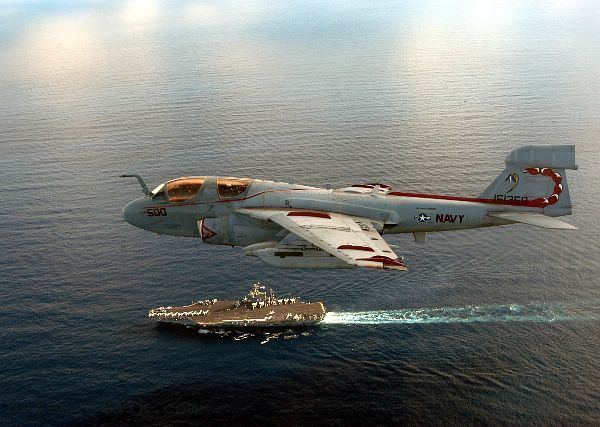 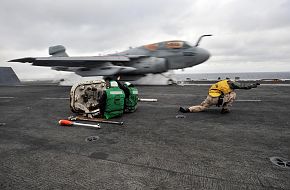 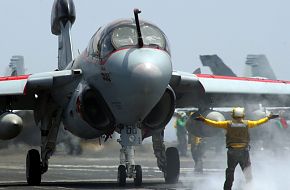 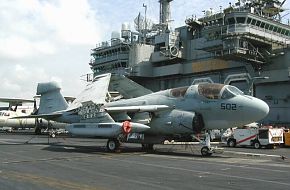 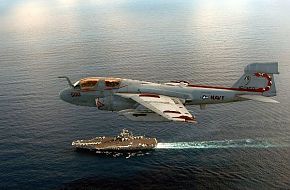 A Classis Picture of a Prowler passing an aircraft carrier parallel

An EA-6B Prowler, assigned to the Ã¢â¬ÅScorpionsÃ¢â¬Â of Electronic Attack Squadron One Three Two (VAQ-132), flies over the conventionally powered aircraft carrier USS John F. Kennedy (CV 67) after completing routine flight operations in the Atlantic Ocean. The EA-6B is a twin engine, mid-wing aircraft that is designed for carrier based operations to provide an umbrella of protection for strike aircraft by jamming enemy radar, electronic data links and communications. Kennedy and embarked Carrier Air Wing Seventeen (CVW-17) are transiting the Atlantic Ocean as they make their return from a scheduled deployment in support of Operation Iraqi Freedom (OIF)
Click to expand...
There are no comments to display.