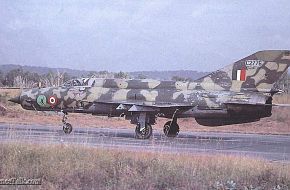 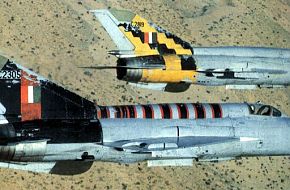 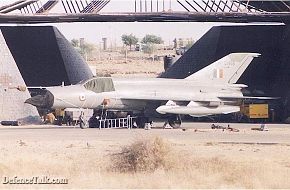 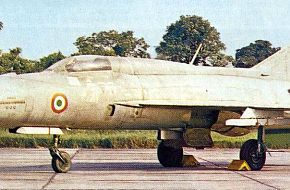 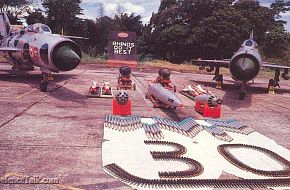 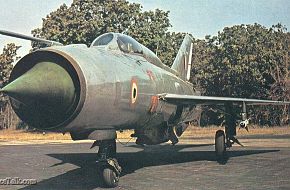 F
The combat markings on the nose of C-1111 signifies the ordnance delivered and the targets attacked. C-1111, which was part of the No.28 Squadron during the 1971 Indo-Pak War, flew 28 sorties in the eastern theatre of operations between 04 and 15 Dec 1971. C-1111 was responsible for the destruction of three major targets --&gt; an ammunition factory near Dacca, a fortified bunker and a radio installation. On 04 Dec 1971, the aircraft was flown by Flt. Lt. Manbir 'Buzzy' Singh on an escort role and launched a K-13 missile against a Sabre over Tezgaon air base. Later the aircraft flew 11 sorties, armed with 1102 lbs (500 kg) bombs against Kurmitola and Tezgaon airfields
Click to expand...
There are no comments to display.