ngatimozart said:
The USAF could actually utilise the sensor / shooter roles in the very near future by using a F-35A / F-15EX combination. The F-35A wouldn't need to carry external stores so would remain LO, whilst the F-15EX is able to carry a significant amount of stores and a ratio of 1 F-35A : 2 or 3 F-15EX would prove to be quite devastating.
Click to expand...

Yes I think this has been discussed on here a bit as well but this is likely a key capability going forward both for legacy platforms and NGAD - although the later will have this capability baked in from the start. I would assume that part of the NGAD program also includes developments in long range AAM's. The article mentions specifically that 5 technologies are being developed as part of this program and each will mature at different rates and implemented once ready.

Edit to add Boeing's loyal wingman example. Might be a more economic option geared towards export markets but could provide a similar type of capability that you mentioned at lower cost. It's also interesting to note that Boeing's published illustration of it's Super Hornet submission to the Canadian fighter competition featured a 14 missile loadout, certainly insinuates that it can also be used as a missile truck.

The stealthy Airpower Teaming System drone has a snap-on nose that can accommodate a huge variety of payloads and can be swapped quickly in the field.

Would a two seater F-18 or F-15 be a better option for loyal wingman drones? The back seat might be able to accommodate a larger display(s) thus allowing a fighter to control more drones. Could be attractive to airforces that can’t afford E-7 type aircraft.
A

Looks like the the F117 Nighthawk is still active 12 years after being officially retired. Love its nickname the Wobblin Goblin given due to its instability at low speeds.

Staff member
https://twitter.com/i/web/status/1325063705873113089
The US Air Force wants to transform its transport planes into cruise missile carriers. Lockheed Martin Corp announced that the U.S. Air Force Strategic Development Planning and Experimentation (SDPE) Office awarded a US$25 million contract to support the next phase of the service’s Palletized Munitions Experimentation Campaign.

Under the palletized munition concept, the U.S. Air Force seeks to launch new stand-off precision-guided munitions from its cargo planes, allowing the service to relatively quickly turn them into weapons trucks, as necessary.
T

My worry about them using transport planes for carrying weapons. How do you get your enemies to understand that you are only on a humanitarian mission.

This mission profile for a cargo plane would be far away and high unlike a HADR mission which has to land. Latter type missions would be carefully coordinated with belligerents on the ground before hand in most cases. Not very many airforces can afford to risk C-130s, A400Ms or C-17s.

the concerned said:
My worry about them using transport planes for carrying weapons. How do you get your enemies to understand that you are only on a humanitarian mission.
Click to expand...

It’s a military aircraft. If it’s shot down in war generally it’s a legitimate target. If humanitarian then normally you announce in the open. “Hey we’re sending x hundreds of tons on baked beans, and bandages. Starting now so if you see cargo planes flying around its humanitarian missions.”
Already the US has used cargo aircraft as ground attack platforms MOABs, Ac130, Roll on palletized retrofit kits that convert KC130 into AC130 light.
O

OPSSG said:
https://twitter.com/i/web/status/1325063705873113089
Under the palletized munition concept, the U.S. Air Force seeks to launch new stand-off precision-guided munitions from its cargo planes, allowing the service to relatively quickly turn them into weapons trucks, as necessary.
Click to expand...

This was discussed here at length as far back as April. I guess all we're seeing is some further funding.

A palletized munition system would allow the Air Force to turn its cargo aircraft into low-cost strike platforms.

Staff member
Verified Defense Pro
Whilst I've post this in here, the first article applies right across the US military forces, and the following two to any military force.

The overall US military aircraft readiness situation is not good at all, with the numbers dropping in the last FY. The common factor is the continual operational use in combat missions with little or no time for routine or scheduled maintenance, plus lack of available spares for platforms, due either to the age of the equipment, parts no longer manufactured, or the OEM gone out of business. 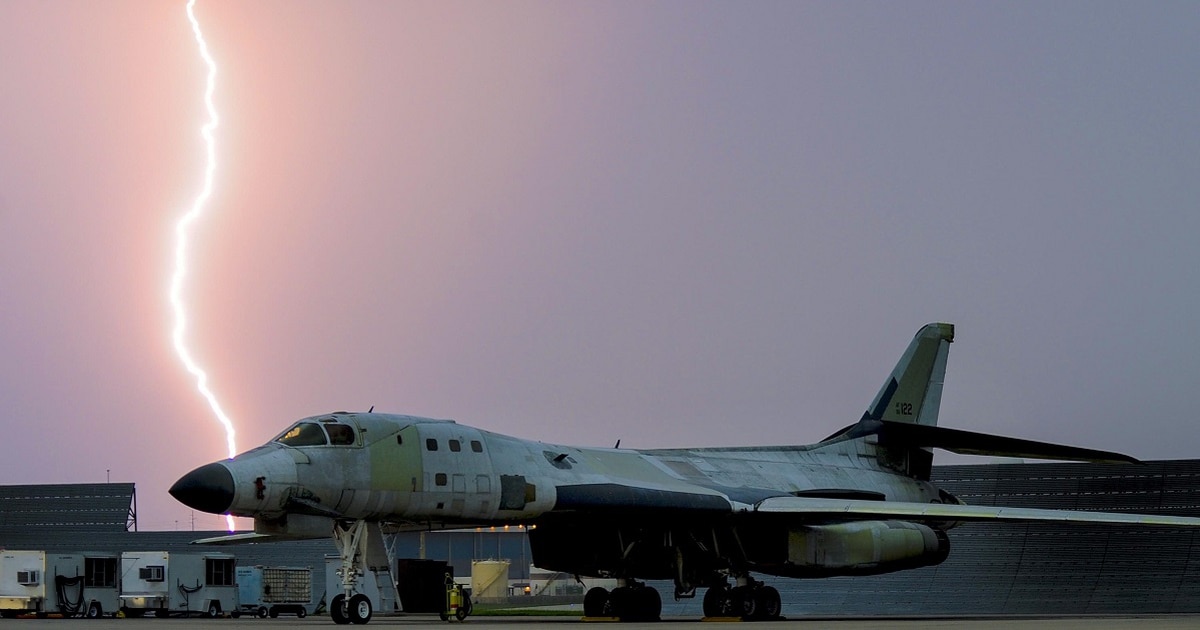 Here’s how bad the military’s aircraft readiness has gotten

An article in Forbes suggesting a low cost way to upgrade the venerable C-130 to enable it to operate at low level in reduced visibility conditions such as fog, low cloud, smoke etc. In the case of the C-130J it enables displaying the surrounding terrain and other information of the HUD as well as the current flight info. 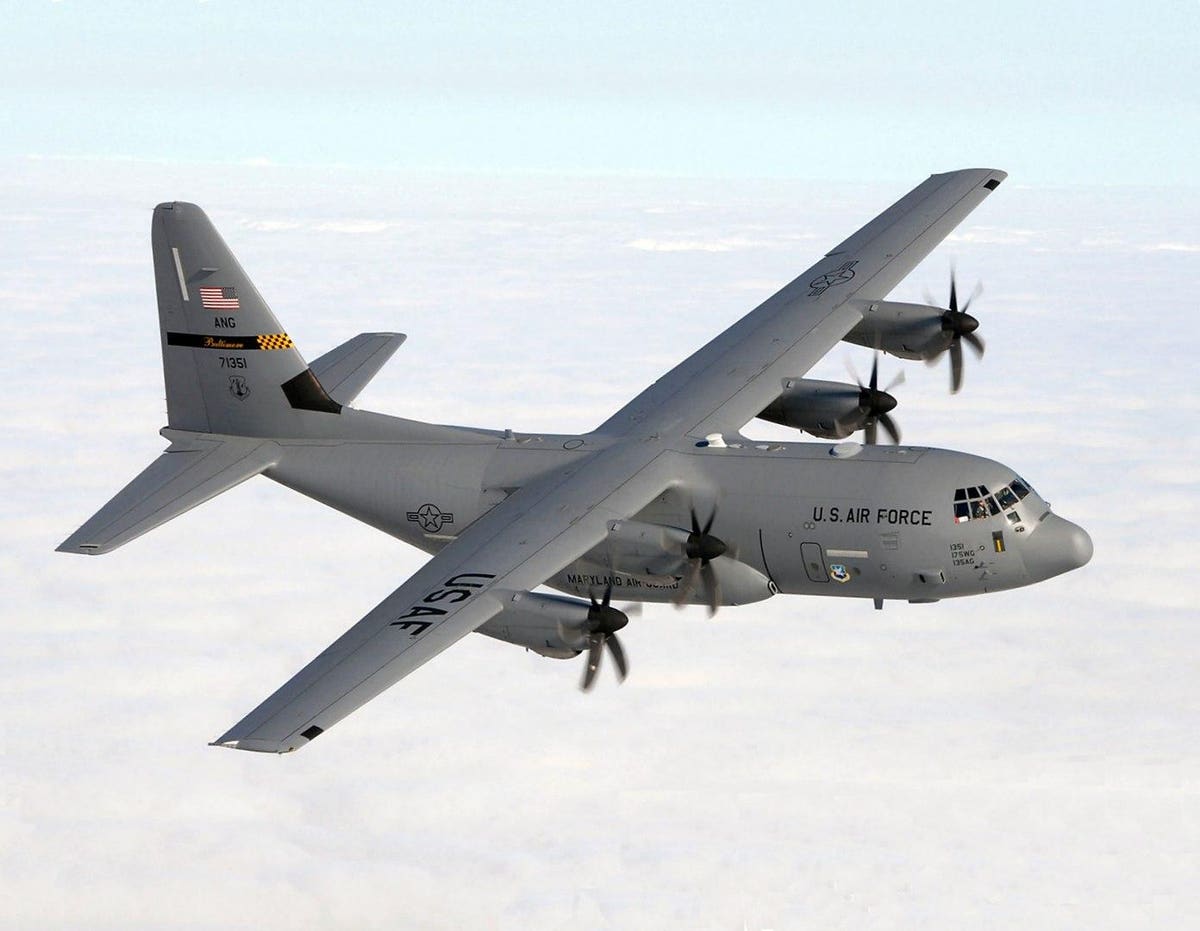 A new system delivers big gains in aircraft performance--if there is money to buy it.

A suggestion to use legacy tech systems as the basis for new innovations. Instead of spending billions and years developing new systems and having to wait for them, upgrade current systems with new tech making it more effective. For example have the legacy fighters being able to communicate directly with both the F-22 and F-35 through one common comms / data system which is mandated by the govt instead of the manufactures inventing separate systems of their own. Upgrade the M1 Abrams so that it isn't dumb and can communicate with aircraft, soldiers, C3 etc., using a common comms / data system. 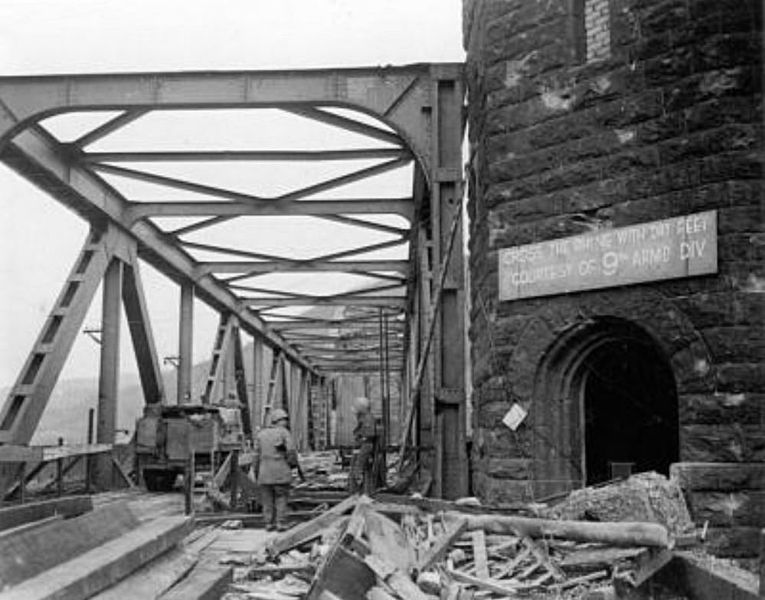 Use Legacy Systems as Tech Playgrounds for Innovation

The Pentagon must avoid the ancient Roman tactic of “burning the bridge behind them” by immediately throwing aside older weapons systems in favor of wholesale investments in new technologies and platforms. While force modernization is necessary, the Department of Defense does not have the time...

Found out today that the US formally withdrew from the Open Sky treaty and is planning to "liquidate" the OC-135Bs without a replacement for them. I've seen political commentators say that this is just a move by the outgoing administration to sabotage the incoming one. How is this move being received in defence circles?

CheeZe said:
Found out today that the US formally withdrew from the Open Sky treaty and is planning to "liquidate" the OC-135Bs without a replacement for them. I've seen political commentators say that this is just a move by the outgoing administration to sabotage the incoming one. How is this move being received in defence circles?
Click to expand...

In May 2020 the Trump Administration formally advised the Russia Federation that it was withdrawing from the Open Sky Treaty giving the required 6 months notice. That 6 month notice period effectively ended on 22/11/20. As a result of this the OC-135B aircraft are now surplus to requirements and since they are single mission platforms, there is no reason for them to remain operational, hence their impending retirement without replacement.

IMHO the Treaty has passed its use by date because it doesn't include the PRC. The same reason that I have with the IRBM Treaty that Trump pulled out of. Both treaties worked when the USSR and Warsaw Pact were still functional, but since 2005 - 2010 the PRC should have been part of both treaties as well, but it isn't. So the US and Russia have been hobbled compared to the PRC. Today the PRC wouldn't agree to either of those treaties because they would cramp its expansion plans. It wouldn't be to their advantage.
C

ngatimozart said:
first things first you need to provide sources for these claims
Click to expand...

Which claims, specifically? That I heard the news? The liquidation? What political commentators are saying? Not arguing but I am seeking clarification. I was under the impression that linking to political commentary was generally discouraged.

Just to emphasize why open sky was no longer worthwhile is China’s hypocritical response to the US withdrawal.

Chinese officials sharply criticized the U.S. on Monday for pulling out of the Open Skies Treaty with Russia, saying the move would undermine post-Cold War international stability.

CheeZe said:
Which claims, specifically? That I heard the news? The liquidation? What political commentators are saying? Not arguing but I am seeking clarification. I was under the impression that linking to political commentary was generally discouraged.
Click to expand...

Just a Link to an article which states that, in this case, the US has withdrawn fully from the treaty and another that the aircraft are being retired. That's all. It doesn't matter if it's a political commentary article, as long as it has the details in it, and you aren't arguing the politics for the sake of the politics.
C

Got the information for both from Rachel Maddow's show

CheeZe said:
Got the information for both from Rachel Maddow's show
Click to expand...

Fair enough, I read it elsewhere.

If the LIFT already build with this kind of Tech Interaction ecosystem, then the question now is how many of existing type F-15, F-16, and A-10 that need to be upgrade to catch up ? 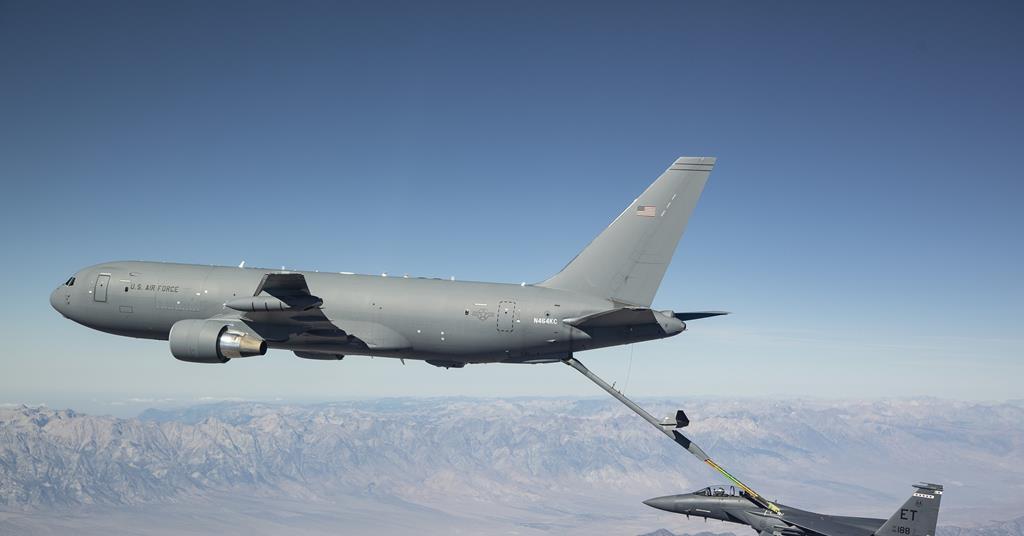 Boeing delivered 14 KC-46A in-flight refuelling tankers in 2020 to the US Air Force, exactly half of what it delivered the year before.

Despite COVID situation, Boeing still manage to deliver 14 KC-46 Tankers to USAF throughout 2020. Also seems USAF confidence on KC-46 increasing that they add another 12 new contract on top the existing one.

Question will be if this's going to translate to export order asside on Japan 4 order. The export will not going to surpassed USAF order. No other single AF that will need Tankers fleet a third or even a quarter of USAF fleet. Still export will be important I think for Boeing image.
S

Israel plans to buy KC-46 because Boeing won't support Israeli-modified 767s for the IDF. Colombia bought a used 767 with Israeli AAR equipment (Brazil was going to buy 2 or 3, but never signed the contract), & the IDF intended to, but Boeing pulled the plug. I suspect it feared losing too much business. The KC-767 sold only 8, 4 each to Italy & Japan with the last delivered soon after the first A330 MRTT, while A330 MRTT has sold 67 plus a few options to 14 countries (including 6 in a NATO consortium).

France & Spain have taken advantage of the current airliner surplus to get hold of 3 low hours used A330s each for conversion. It's an ill wind . . . .

Staff member
Verified Defense Pro
It appears that the USAF may not be able be able to afford all of the F-35A 1763 aircraft that it wants to acquire. The flyaway cost of each aircraft isn't the problem, but it's the subsequent exorbitant CPFH / LCC that are the stumbling block that are making it a budget breaker for the USAF. Therefore they are looking at bringing forward the NGAD program to counter that problem. It does make sense and i wonder how many other air arms are finding the same LCC problems. 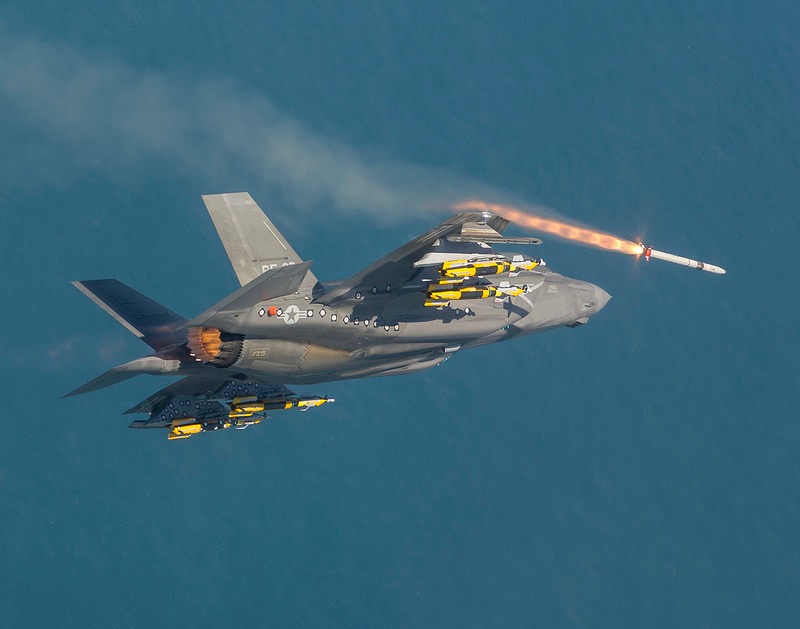 The NGAD program "represents a chance to design an airplane that is more sustainable than the F-35, if in fact the F-35 cannot get its cost-per-flying-hour down," said outgoing AF acquisition head Will Roper.