1. The UAE Air Force (UAEAF) is a medium sized tertiary Air Force that operates only top-of-the-line fighters, air-to-air tankers and the Saab GlobalEye (based on a modified Bombardier Global 6000).

​
(a) In Jan 2021, Saab has received a US$1 billion order from UAE for 2 additional GlobalEye aircraft. The contract is an extension of a 2015 deal, which saw the country commit to an initial 3 GlobalEye, equipped with Saab’s Erieye long-range radar and other surveillance sensors. That arrangement included an option for 2 more, which have comto fruition.​
​
(b) The UAE Air Force and Air Defence (UAE AFAD) has around 4,000 personnel and operates approximately 538 fixed wing and rotorcraft that includes C-17s, C-130Js, AH-64E Apaches, UH-60 Black Hawks, and CH-47 Chinooks.​
​
(c) Thanks to the French, in 1998, UAE acquired a “land-attack cruise missile” to hold at risk infrastructure targets from outside the range of regional air defenses. The Iranian air defense network depends heavily on point defenses. The long-range of the Black Shaheen would allow UAE’s Mirage 2000 to attack ground targets in Iran from beyond the reach of such defenses.​
2. On 12 May 1998, the government of the UAE announced that it had selected Lockheed Martin's Block 60's as its advanced fighter aircraft. The total program including 80 aircraft (55 C's and 25 D's). Beyond operating a large fleet of 78 F-16E/Fs, 60 (to 67) upgraded Mirage 2000s and placing on order for 50 F-35As, the UAEAF is keeping its options open to acquire even more fighters, to replace its fleet of Mirage 2000s.


https://twitter.com/i/web/status/1382408579110600704
3. Worth almost US$23.4 billion, the proposed Trump era weapons package includes 50 F-35As, 18 MQ-9B SkyGuardian UAVs and a broad array of precision-guided weapons, has been continued under Biden (after a short pause). “The Biden-Harris administration intends to move forward with those proposed defence sales to the UAE even as we continue consulting with Emirati officials to ensure that we have unmistakably clear, mutual understandings with respect to Emirati obligations and actions before, during and after delivery,” said Ms Mira Resnick, who oversees US arms sales in the State Department’s Bureau of Political-Military Affairs.
Last edited: Nov 23, 2021
S

It's been a few years already but unfortunately a detailed account of the performance of the UAEF in Yemen is still elusive.

There has been a recent book about the armed forces of Saudi Arabia; the UAW; Bahrain and Qatar. . 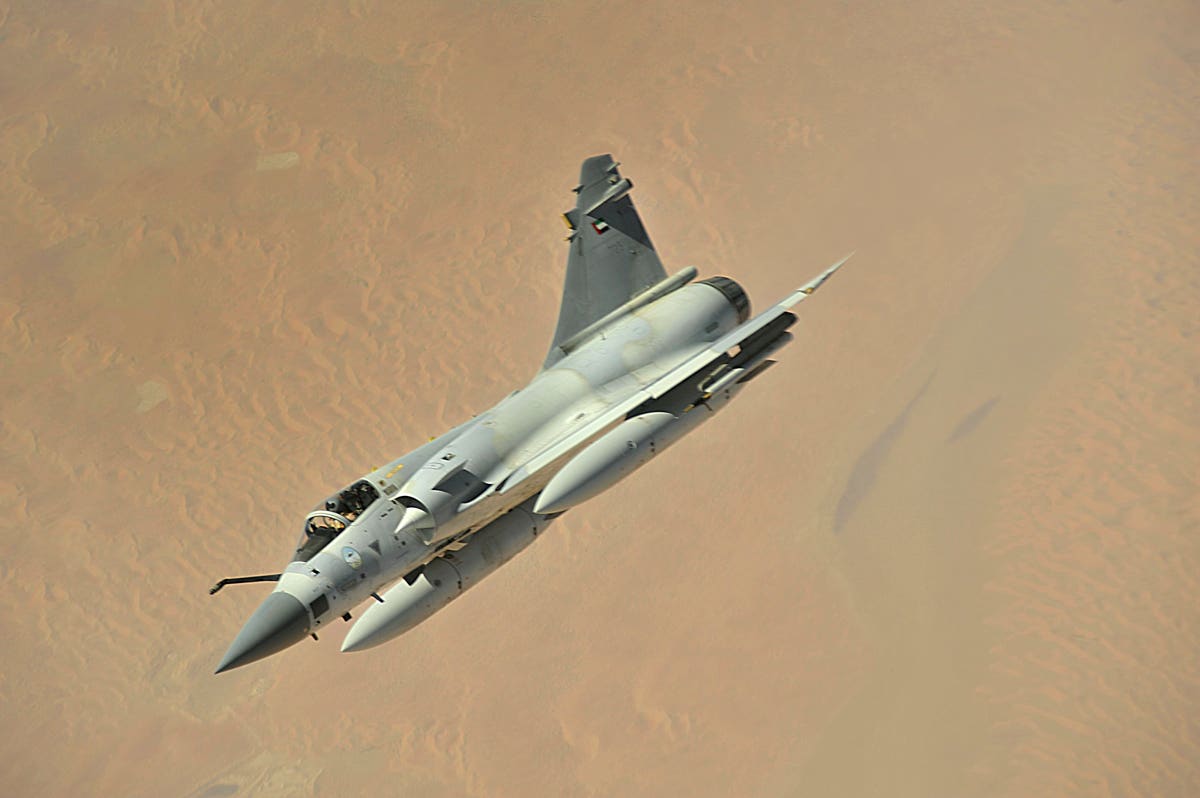 UAE Dispatches Fighter Jets To Support Its Allies Against Turkey

The UAE’s decision to send some fighter jets to demonstrate its support of Greece in its dispute with Turkey can simply be interpreted as another example of Abu Dhabi’s consistent opposition to Ankara’s policies in this multi-front cold war.


(a) To improve its air-to-air refuelling capability, the UAE AFAD has 3 A330MRTT delivered and placed an order 2 more in Nov 2021 at the Dubai Air Show, for delivery in 2024.​
(b) Halcon, another EDGE subsidiary, won a Dh3.2 billion contract from UAE Armed Forces for its ‘Thunder’ and ‘Desert Sting’ range of precision guided munitions.​
​
(c) A contract worth Dh677 million was signed with the Emirati International Technical Systems Trading for the purchase of aviation systems and equipment for the UAE AFAD.​
​
(d) GAL, a subsidiary of Abu Dhabi’s EDGE, was awarded a Dh11 billion performance-based logistics (PBL) contract to supply the UAE AFAD with maintenance, repair and overhaul (MRO), and specialised support services.​
5. The UAE is the first Gulf country to deploy the advanced AN/TPY-2 Surveillance Transportable Radar. The AN/TPY-2 is a long-range, high-altitude surveillance radar that is the primary radar for the THAAD missile system.


(a) In 2016, the UAE deployed 2 THAAD systems which give it the capability to conduct engagements above atmospheric levels targeting intercontinental ballistic missiles. For medium to high altitude threats, the UAE operates 9 PATRIOT system batteries distributed alongside major population centers and critical infrastructure sites.​
​
https://twitter.com/i/web/status/1460764964235649024
(b) The CEO of the UAE’s defense and security acquisitions authority revealed to Gulf Today that negotiations with Korean representatives to purchase the Korean Air Defense System (M-SAM), in a US$3.5 billion deal have reached “very advanced stages,” adding that a final agreement is close. For low to medium altitude threats, M-SAM adds another layer with a range up around 20 km for its NEZ. He also said, “the two sides agreed to develop the system according to the operational requirements of the Air Force and Air Defence of the UAE.”​
​
(c) The UAE defends itself in what I see as a 4-tier system created to defend against (1) point defence with the Pantsir-S1 system, (2) low to medium with the MR-SAM, (3) medium to high with the PATRIOT; and (4) high altitude threats with THAAD.​
6. Hoping to catch a sale, the Airbus A400M and KHI C2 flew to join the Dubai Air Show, from Nov 8-19. The UAE Air Force Commander had a A400M and another C-2 tour at the the Dubai Air Show.
Last edited: Nov 23, 2021
You must log in or register to reply here.
Share:
Facebook Twitter Reddit Pinterest Tumblr WhatsApp Email Link
Top