Ananda said:
Austal OPV (being planned to be build by their local yards in Philippines) predicted as replacement for this class.
Click to expand... 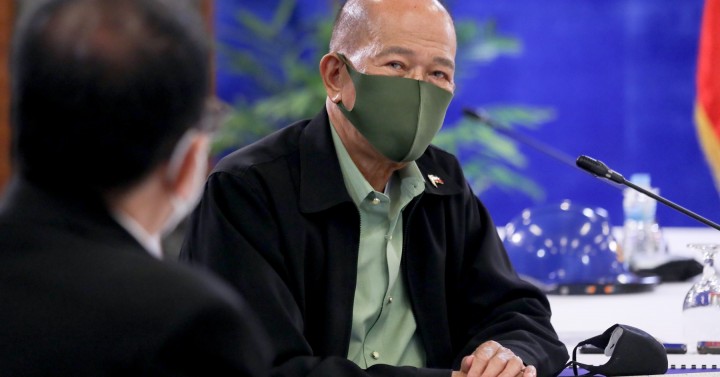 Contracts for Black Hawk choppers, OPVs possibly out by January

Lorenzana seems quite certain the Six OPV (most probable from Austal Philipines yard) will be sign early next year plus 32 (another 2 sq) of S-70i multirole helicopter. The six OPV will enlarge PN off shore patroling capabilities. In term on patroling availabilities, this in fact can in my opinion (plus Japanese build Coast Guard OPV) be more game changer for Philipine maritime presences in SCS (relative) to two corvettes from South Korea.
S

The pair of corvettes are intended to provide an external defence capability in the form of a multi role combatant which the PN has long lacked. The OPVs are intended for peacetime constabulary type duties. Both types of vessels will complement each other, the corvettes also having a EEZ patrolling role.

Which will have more utiliy or be a "game changer" will depend on the operational context. Ideally the OPVs will be at the forefront but if things get trickier the corvettes can back them up.
Last edited: Dec 29, 2021
I

I am curious how either of these classes of ship can defend themselves against the actions of Chinese "coast guard" ships and their ramming and intimidation. It wouldn't matter how many guns they have or how big they are, they are always in a situation of not being able to fire and the PLAN knows that.
S

That question also applies to the navies and coast guards of other countries.

It's a tricky situation as they operate under strict ROEs. Technically if they are rammed, they can't do much apart ftom evasive maneuvers.

wouldn't matter how many guns they have or how big they are, they are always in a situation of not being able to fire and the PLAN knows that
Click to expand...

Well same rules will also applied to Chinese Coast Guard and PLAN. Ramming ships to each other is old time game. There's video in Indonesian thread where Smaller Vietnam Patrol ships ramming it self to larger Indonesian Corvettes patrol boat (a Parchim class). So sometimes it is matter of your guts. Many Indonesian when looking that video, got emotional against Vietnamese constabularies. However they are also admired those Vietnamese guts.
Last edited: Dec 30, 2021

STURM said:
Which will have more utiliy or be a "game changer" will depend on the operational context. Ideally the OPVs will be at the forefront but if things get trickier the corvettes can back them up.
Click to expand...

What's the problem for any ASEAN countries in SCS (not just Philippines) is to maintain enough presences on the area. Philippines Navy and Coast Guards have problem to do that. Thus why I said this OPV and Japanese build Coast Guard OPV will be a game changer, as will improve their presence on their part of SCS EEZ.

So far what happen in SCS is part of 'presences' game. Chinese Coast Guard and PLAN supporting their 'civilian' fisherman militia, shown to the world this is their water and their maritime constabulary and naval presences guarding their commercial activities as a prove of that.

If you can't shown the presences to counter Chinese fleet then basically you tell everyone else, you can not guard your own claim.

Those Corvettes (whether new build or ex ROKN) will not matter much against PLAN. In fact none of ASEAN Navies in SCS at present time that can put much opposition for PLAN Southern Fleet (let alone all PLAN fleet). That's why I always ranting in Indonesian Navy thread on putting more Investment to Indonesian Coast Guard to increase constabulary presences against Chinese Coast Guard.

Pinoy need to increase their presence, support their fisherman and other commercial activities in their part of SCS EEZ. Failing to do that will continue reduce their significance as claimant on this current stage of 'presences' game in SCS.

That's why more OPV's whether on Philippines Navy or Coast Guards is a game changer for Philippines, for their presence in SCS. If they are doing it right.
S

The PN's corvettes are not intended to deter anyone and the PN is under no such iusions. It's part of a long delayed plan to.modernise the service and give it a basic surface multi role capability.

They need more hulls - whether frigates/corvettes or OPVs - but those hulls will not be a "game changer", they will better enable the PN to maintain a continious presence.
Last edited: Dec 30, 2021

That's why the OPV will be the game changer, not the Corvettes/Light Frigates.
S

The PN is unlikely to get the number of OPVs hulls in needs in the near future, thus both the OPVs and corvettes will complement each other in safeguarding the EEZ. I have no idea about the "game changer" part, which IMO is a cliche.

To me the only thing which can be done is to acquire as many hulls as they possibly can in order to improve their ability to maintain a presence.
Last edited: Dec 30, 2021

Game changer is always a cliche on one hand but also real implementation on other hand. It's game changer because if they're doing it right, it will provide more 'presences' capabilities. That's game changer on the terms what being played in SCS at present stage.

STURM said:
Hopefully it's Simba or Tetral; a stabilsed mount integrated to the CMS.

Additional frigates, as well as UASs, is something the PN should focus on, rather than subs or Brahmos.
Click to expand...

So the acquisition of the Brahmos is one step closer. 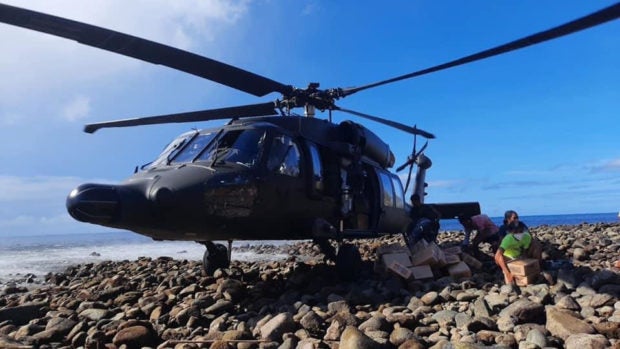 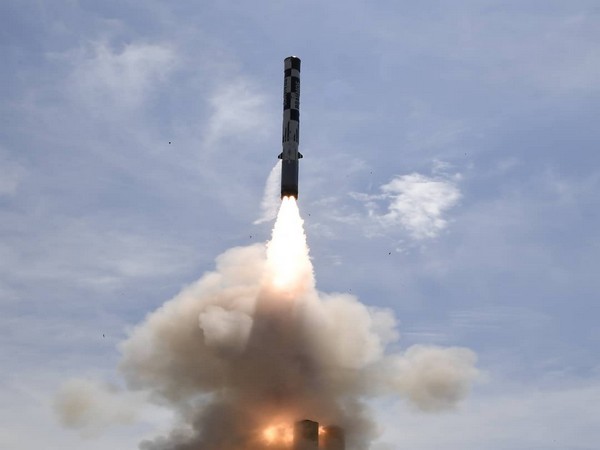 New Delhi [India], December 29 (ANI): In what could be a major success for the Narendra Modi government's defence export push, India is expected to soon get export order from Philippines for BrahMos supersonic cruise missiles.

Having more hulls will improve the PN's ability to maintain a presence in the EEZ, I don't see that as a "game changer" per see but if you do that's fine.

No apologies required. Good for the PN and good for Brahmos which has been trying for years to gain an export.
S

To me what would be a "game changer" for the PN would be Link 16 which would enable to do things not previously possible and to maximise what it already has. I read somewhere that it has a requirenent for the corvettes to be fitted with Link 16 and the yard has agreed to pay for integration costs.

Brahmos is great to have but acquiring a small number of missiles might not change anything and to fully exploit the capabilities Brahmos has would rewuire a OTHT capability. To me, the PN would be better off utilising resources on stuff with greater utility, like MPAs and UASs.
K

The OPVs will only help them to recover their ability to provide regular maritime presence in the SCS. That capability had slowly degraded in the last 10 - 20 years with the retirement of their WWII PCEs (6) and the Auks (4).

The BrahMos is an interesting capability but as STURM said, without extensive survillienace and targeting capability, the utility in anti-ship capacity will be limited. That said, it does gives them a capability to "escalate" with the land attack capabilities against Chinese held islands. (at the same time, making them priority targets for PLA-N/PLAAF)

Sturm, seems there's difference on perception on the game stages on SCS between you and me. For me, the game at this moment in SCS still in Maritime 'presences' not on tactical defensive postures yet.

Off course those OPV will not do much on PN capabilities to tactically challenge much on PLAN. In fact none of ASEAN members Navies in present form able to do that, as I put it before. However the game in SCS at this moment still on 'diplomatics dispute' stage. Thus adding capabilities to improve the presences already enough game changer.
S

My posts have clearly indicated what I meant. I'm aware that the PN faces a great challenge in safeguarding its EEZ and that new OPVs will make a huge difference but what I don't agree with is the fact that these OPVs will be a "game changer"... If you do that's fine..

I'm also aware that the PN is operating in a peacetime environment in which diplomacy and restraint plays a major part, thus I don't see what "difference on perception on the game stages on SCS between you and me" there is...

I see the game stages in current SCS still in diplomatic presence. As I put, the game changer is more to meet China (Coast Guard and PLAN) presences frequency, then meet them on tactical capabilities. When PN have more hulls to increase their presences, it is already game changer.

Look I'm not trying to push my perception, but I only wrote this as you put there's no difference on our perception on SCS condition. I just see under present stages, more hulls available and more willingness to used them is the game changer.

Off course as you put, we got different perception on what is game changer on current SCS condition.
K

I think you are overestimating the capacity of 6 new hulls to "change" PLAN/CCG/PAFMM's pattern of behaviour or in the wider context of SCS's other claimants. They are, at best basic requirements for the Philippines to ensure that they have a credible way of enforcing their claims and rights.

Game changing would imply that other claimants will need to change their approach at sea or in the corridors of power.
S

koxinga said:
Game changing would imply that other claimants will need to change their approach at sea or in the corridors of power.
Click to expand...

Indeed. A PN force structure of say 2 dozen OPVs/corvettes would significantly improve its ability to intercept every Chinese incursion and to maintain a presence but the Chinese would still be there, thus I fail to see how the "game changer" part enters the equation at all.

A "game changer" would be something that actually forces the Chinese to alter their approach or would effect their ability to do what they've long been doing.

Like I said, we have different perception on what's can be catagorise as Game Changer.


koxinga said:
Game changing would imply that other claimants will need to change their approach at sea or in the corridors of power.
Click to expand...

When other claimants able to increase their presence, China will then be make adjustment on how to face more presence from their neighbours in SCS. Either the increase the pressure by putting more presences or fielding more capable assets, or stay at the status quo.

See the example of Vietnam maritime constabulary fleet. Except few Damen design OPV, most of the rest is not more then modified commercial design. However they are have in relative numbers and wiling to used it against much more capable Chinese vessels. That already change how Chinese reacted to relative more passive claimants like Philipines.

I'm not overestimating the capabilities of those OPV, they are afterall only OPV. However don't underestimate capacities of 'presences' as game changers toward current stages of 'games' in SCS.

Off course those OPV will not matter much against PLAN if games stages got 'hot' in SCS. However if PN have them and willing to used them to shown presence against Chinese vessels (like Vietnam did with mostly less capable vessels), it will provide venue from Chinese to potential change the approach to Philipines in SCS. That's a game changer in my book.
You must log in or register to reply here.
Share:
Facebook Twitter Reddit Pinterest Tumblr WhatsApp Email Link
Top