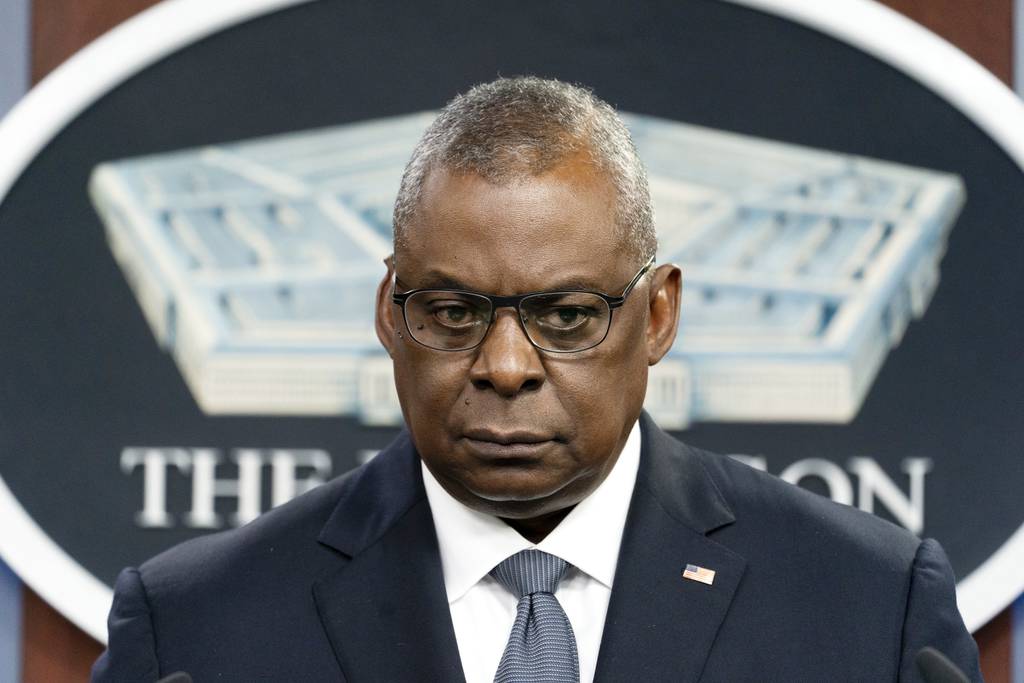 Although Saturday’s Reagan National Defense Forum had no shortage of concerned statements from senior military officials about potential Russian or Chinese aggression, details — or even hints — on what the Pentagon might do to deter or respond were hard to find.

The cautious tone reflects the delicate balance being struck by Pentagon officials as they try to signal potential adversaries shouldn’t act — while attempting not to inflame already high regional tensions, inadvertently provoke a reaction or back President Joe Biden into a corner.
“You heard the president say yesterday he’s looking at a number of initiatives [on how to assist Ukraine], so I won’t get out in front of my boss,” Defense Secretary Lloyd Austin said in a discussion with Fox News journalist Bret Baier.

But some Republicans want to see more concrete moves or signals from the administration making it clear to Russia or China they will pay a price for aggressive actions.

“This is a moment in time where we need to show leadership,” Sen. Joni Ernst, R-Iowa, said at a panel earlier that day. “We need to push back and say, ‘Putin, you can’t do this.’”
In his keynote address to attendees at the Ronald Reagan Presidential Library, Austin previewed his concept of “integrated deterrence” to counter China, which aims to ensure the military works with the rest of the U.S. government, allies and partners to make “the folly and cost of aggression very clear.”

He stressed that the while U.S. will work with allies in the region to strengthen free and stable international systems based on rules and free from coercion, it doesn’t seek to build an “anti-China coalition” or “an Asian version of NATO.”

And he said his integrated deterrence concept would leverage American technology and operational concepts — including artificial intelligence and nanotechnology — to dissuade aggression.

Austin sought to lower the temperature surrounding the debate over China, emphasizing the strength of American industry and innovation.
“We’re clear-eyed about the challenge China presents,” Austin said. “But China’s not 10 feet tall. This is America.”

At the same time, Austin tried not to downplay the seriousness of the geopolitical situation. He said China’s efforts to rapidly develop military capability and actions in the region — such as October’s flight of 52 fighters and bombers toward Taiwan in a major show of force — are worrying. He said the Pentagon will continue to speak out against them.

“It looks a lot like rehearsals,” Austin acknowledged of the flights near Taiwan. He said the U.S. is “doing a lot to support Taiwan right now” and would look for ways to do more, but wouldn’t detail what that might mean.

With China and Russia attacking U.S. satellites with lasers and jamming devices, and even a widely-condemned Russian anti-satellite missile test that flung dangerous debris in orbit, space is becoming an increasingly contested environment, Austin said.
Asked about the potential for adversaries to go too far and cross the line into acts of war in space, Austin cautioned, “I’ve always found that it’s never a good idea to publish red lines.”

Pressed on what the U.S. might do if Putin ordered an invasion of Ukraine, Austin declined to elaborate, saying that would be speculating.

The possibility of a looming Russian invasion of Ukraine also hung over the conference — but as with China, officials were hesitant to lay their cards on the table.

Army Chief of Staff Gen. James McConville said on the panel with Ernst he is “very, very concerned” about intelligence reports indicating some 95,000 to 100,000 Russian soldiers are positioned on the border with Ukraine. McConville said he doesn’t know what Russia might do, but said that posture gives them “a lot of options” and could deal a blow to stability and security in Europe.


Austin said the U.S. would ensure Ukraine has what it needs to protect its sovereignty and has already provided weapons and non-lethal equipment. Previous military aid has included Javelin anti-tank weapons, mortars and others. Austin wouldn’t say if Ukrainian assistance would include advisers or additional equipment.

Ernst again urged the administration to be aggressive with Russia to deter them from taking actions like they did in Georgia and Crimea.

McConville said a “whole of government … and whole of Europe” effort would be needed to deter Russia, but deferred to more senior officials to lay out how that might happen.

“It’s peace through strength,” McConville said. “The way you deter is you impose some type of cost to make sure the cost is worth more than the benefit. It may be even a global effort, making sure people understand, you can’t just go into a sovereign country and conduct malign activities without having some type of cost.”

But throughout the conference, officials’ desire to find a middle ground was clear — as was the trickiness of that task.

“We’re in a competition with China, but we don’t have to be in a conflict,” Austin said.

Staff member
Verified Defense Pro
We have a rule about the providing of sources, so any article posted, quoted, or referred to must have a source posted. Furthermore anything claimed by a poster in a post, unless common knowledge amongst the Forum community, must also have the source posted. This is to protect both the Forum and you from allegations of plagiarism and IP fraud.

Next, we also have a rule about the copying and posting of articles without some original comment by the poster. At least two lines of original text is required explaining why you think that the article being posted adds to the conversation here.