Staff member
1. This latest US move in a decision made by Trump is not good for the alliance. Moving troops out of key NATO country, out of petty spite, is another step the Trump has taken to strengthen Putin’s hand in the region. See: Trump Undercuts Pentagon Over Germany Troop Withdrawal

https://twitter.com/i/web/status/1288569583247515648
3. Germany does not owe a 2% fee to NATO. Every country spends its own defence budget to protect itself. Some spend more, some less. A country’s defence budget is not owed to NATO or the Americans. Trump’s ire has been so relentless and damaging that U.S. allies in Asia and Europe now question the United States’ ability to restore itself as a credible security guarantor, even after a different president is in the White House. The damage Trump is doing to US Alliances in this latest move is going to be hard to undo —
Saving America's Alliances | Foreign Affairs

4. The 2% is recommended guideline for percentage of GDP a country should spend on defence, not a cumulative military fund. It’s an American choice to spend around 4% of GDP on defence. I cannot tell if Trump is too stupid to understand NATO, or lying.
Last edited: Jul 30, 2020

OPSSG said:
The 2% is recommended guideline for percentage of GDP a country should spend on defence, not a cumulative military fund. It’s an American choice to spend around 4% of GDP on defence. I cannot tell if Trump is too stupid to understand NATO, or lying.
Click to expand...

I think it's a combination of both. This is a "punishment" of Germany in Trumps eyes but I don't think so and if anything I think will just drive a wedge between Europe and the US, which only serves two people; Putin and Xi.
K

ngatimozart said:
I think will just drive a wedge between Europe and the US
Click to expand...

Merkel's statement on the withdrawal back in June was: "We grew up thinking the USA wanted to be a world power. Should the USA no longer want to be that we will have to reevaluate the transatlantic relationship." No further comment from her needed really.

Friedrich Merz (conservative hawk positioning himself as a candidate for her succession) today tweeted - in response to Trump's latest accusations - that "we don't owe anything to the USA, we owe something to common security", on Trumps diversion regarding Germany buying "energy" from Russia further elaborating that Nord Stream 2 is something Germany will only discuss with its European allies.
Last edited: Jul 30, 2020

The Europeans aren’t the audience for this; but it plays to the only audience that matters to him in the run up to the election. Since when has truth stood in the way of that imperative? In reality, it’s a tiny move of no strategic importance. The optics at home are what counts to him, and it doesn’t really provide any comfort above that already provided to the autocracies.

I think to much the German aspect is being played up. Part of this is reshuffling troops from Germany to closer to Russia.
First there are 36,000 active US troops in Germany. Closer to 47,000 When you count reserves.
Of that 6,400 will return home
Third 5,400 will be moved farther east closer to Russia.
So 11,800 will be moved out of Germany. 24,200 will remain in Germany that’s a pretty good sized force.
I have seen this spun as a “Gift to Putin”. He will now have 5,400 More American troops on his boarder rather than sitting back in Germany drinking pilsners. Only a political Masochistic would consider that a gift.
NATO when established was to secure the allies in Europe okay Western Europe is pretty secure. The boarders with the USSR were prior to 1989 on the line with West Germany. Today the Russian Federation doesn’t share any boarders with Germany. Poland whom is a NATO state (Circa 1999) sits between the two and has what 5500 US forces? If your really worried about Russia than shouldn’t we be more routing for more troops in Poland and Eastern Europe as opposed to Germany?
K

Terran said:
Part of this is reshuffling troops from Germany to closer to Russia.
Click to expand...

None of the troops are shuffled any closer to Russia. Newly erected V Corps HQ is planned to be placed in Poland, but that's just that: The Corps HQ. No troops. At all. The Corps HQ involves a battalion-sized group stationed at Fort Knox, Kentucky (which will remain there) and a company-sized forward-deployed element that was planned to rotationally deploy to Europe - which now, subject to Poland signing a treaty paying for it, will be placed there.

All troops shuffled within Europe will be moved to Italy (52nd Fighter Wing and those 173rd Airborne elements not stationed in Italy already) and to Belgium, concentrating them at SHAPE (HQs from Stuttgart with support units plus the sole US air defense battalion in Germany). The EUCOM/SHAPE concentration is something that their commander seems to have been planning for months anyway, apparently he doesn't want to travel for his double hat.
The decision for Italy is reasoned for as "bringing those troops closer to the Black Sea Region", which proves about every stereotype Europeans have about US geography knowledge.

2SCR will be moved from Germany to the USA, and replaced within Germany by rotationally deployed SBCTs. In other words: Same troops, just costing 30% more money than leaving them in place and being able to claim not to have any combat troops permanently forward-deployed in Germany. Considering 2SCR was previously only actually in Germany half the time and the other half deploying from Germany supporting various US adventures in the Middle East, there isn't really any difference in that either. 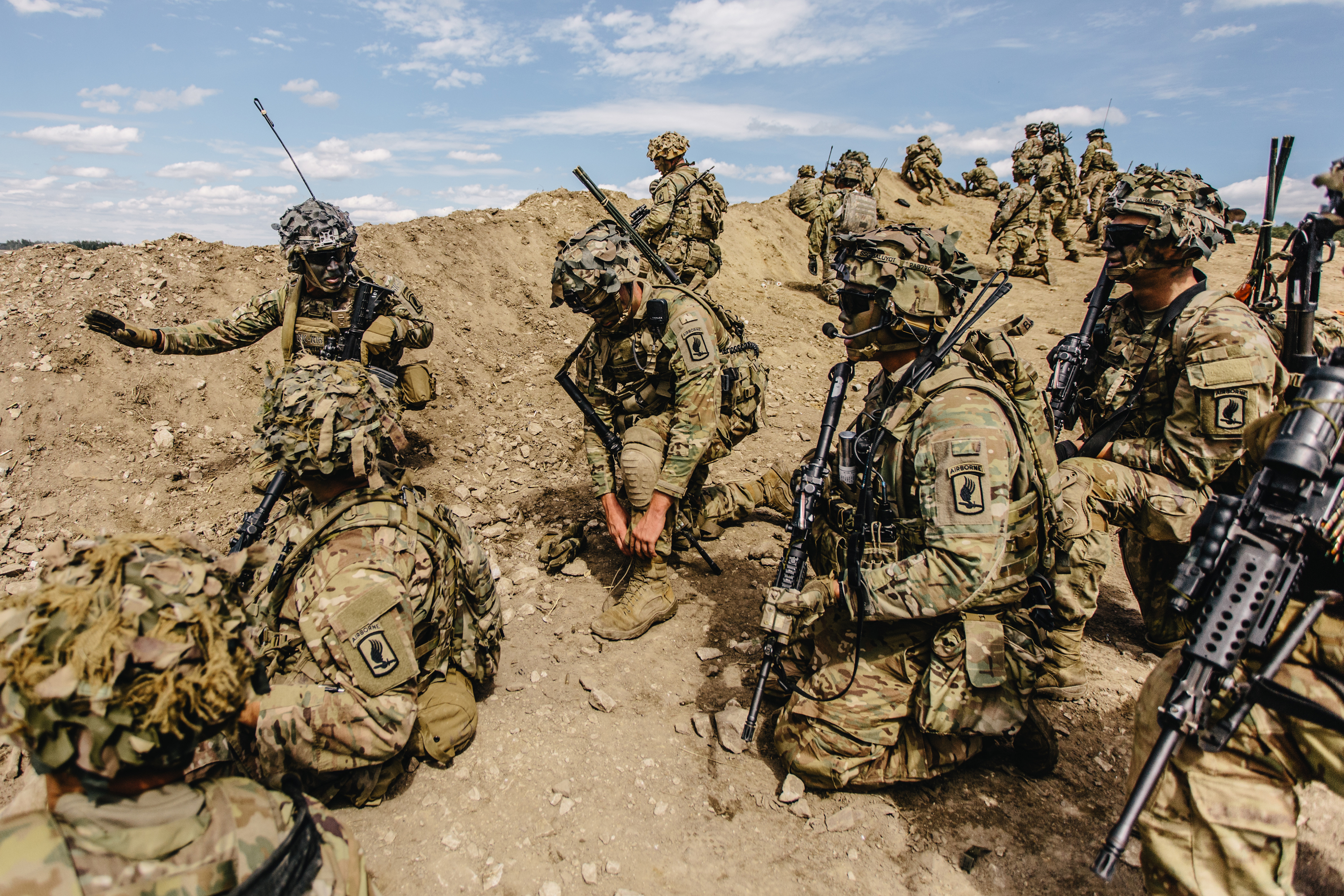 Nearly 12,000 US Troops Will Pull Out of Germany at Cost of Billions, SecDef Says

The move will cost billions of dollars, according to Defense Secretary Mark Esper.

Major US military units to leave Germany as part of large drawdown to begin within weeks, Esper says

The Pentagon will remove nearly 12,000 troops from Germany, sending thousands of service members home to the United States and shifting others to different locations in Europe, Defense Secretary Mark Esper said Wednesday.
www.stripes.com
That doesn’t Match up with what I have read. Yes not all are going East but units are moving East and To the BalticS. Yes some to Italy and some to Belgium and some will stay in the UK, but it’s not all. Also Italy for the fighters puts them near the Med a recent... Always hot spot.
As to the rotating SBCT in Germany. I did point out that the lions share over 24,000 will still be in country.
here is the Russian view on it. 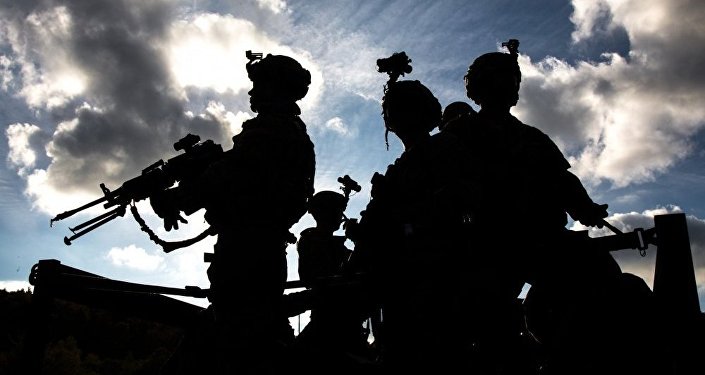 Pentagon: US Troops From Germany to Be Repositioned Closer to Russia's Borders

In mid-June, US President Donald Trump announced Washington’s readiness to withdraw about 9,500 American soldiers from Germany after accusing Berlin of being delinquent...

sputniknews.com
Hardly breaking out the Vodka and caviar.
yes a signature is needed on the Poland deal but they were asking for Fort Trump. I think they will happily sign. Seems like if not there Romania will roll out the Red Carpet. 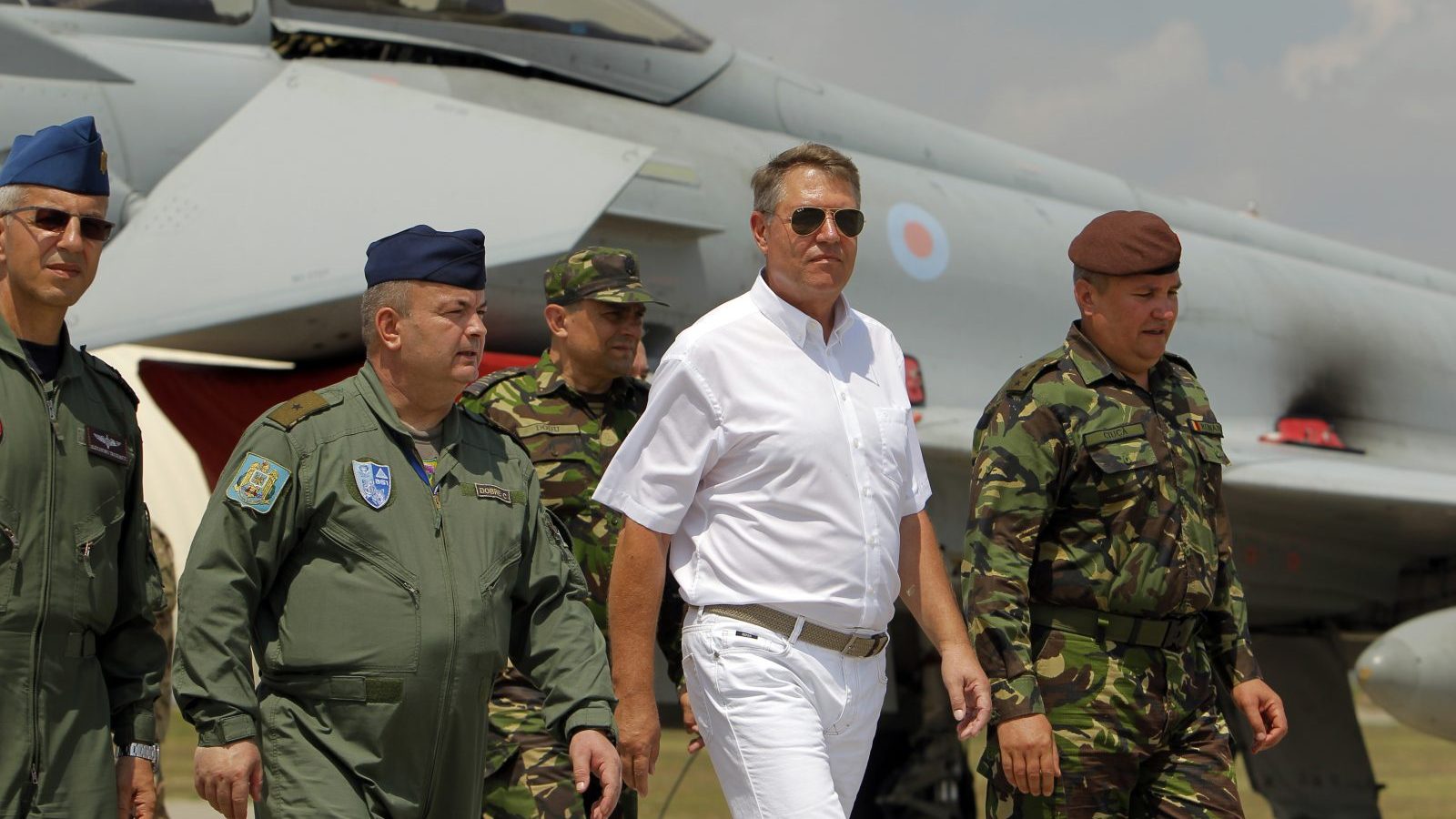 Romania Ready to “Welcome” US Troops Removed From Germany

After the US announced plans to re-deploy troops from Germany, Romanian President Klaus Iohannis on Wednesday said his country would gladly host more American forces.

balkaninsight.com
That would be on the Black Sea unless I am mistaken on geography.

I know it will not be cheap but that’s not the point is it? The US has and will continue to have a strong presence in Germany. But when you consider the map of Europe and how it changed in the last 30 years that heavy emphasis is frankly Cold War. The units there though useful still are less on the front lines and vs any possible action in Europe or Africa more rear line supporting. I get it it’s not a clear cut deal but really to slam it as a gift to Putin or a slight to NATO? Yeah there was a bit of slamming on Germany. Yet I remember a few years back for exercises German troops were mounting black painted broom sticks in machine gun mounts.
K

Terran said:
That doesn’t Match up with what I have read.
Click to expand...

You can find the official transcript of the press conference here:


Terran said:
I did point out that the lions share over 24,000 will still be in country.
Click to expand...

Rotating forces are not included in the 24,000.

The 24,000 consist primarily of USAFE assets around Ramstein and Landstuhl, the largest US base area outside CONUS and entirely dedicated to supporting US deployments within the EMEA region not relevant in any way to NATO or its mandate.
Beyond that the only troops remaining in Germany are pretty much only 12th CAB assets - about 2,000 men - that are not mentioned in the above document (basically: a single AH-64D battalion at Ansbach and a general aviation battalion with UH-60s at Wiesbaden).

kato said:
EMEA region not relevant in any way to NATO or its mandate
Click to expand...

sounds like trying to have your cake and eat it to.
The First AOR Named in that Acronym is Europe, how is that not “Relevant in any way to NATO”?
I mean sure it supports other AOR, yet it’s still in Germany and supporting NATO. They may not be forces in Germany but if it’s in Europe it’s almost guaranteed to be NATO.
S

ngatimozart said:
Are there any Pommy troops in Europe now? I thought that they were pulled out ages ago. ...
Click to expand...

They're mostly in Europe. There are a few in the Falklands, Mali, etc., but most are in the UK, which is, as it always has been, in Europe. There's no plan to pull them out. For a start, we don't have enough bases anywhere else to put them.

I am surprised at how concerned everyone is about a single American President's action. A man that likely won't even be in office in 6 months. A man that obviously made this decision to appeal to his base in a desperate attempt to change the tide in his election. The USA, like every democracy, will have its ups and downs, but in the long run I still think we can all continue to rely on them, just as I hope they will be able to rely on us. Remember, the USA is not just the President, there is an entire Congress and Senate as well as the Joint Chiefs of Staff, and all of them have a say in what happens.

I don't particularly like the current President. I believe he is too bombastic and narcissistic for the position. That said, and though he doesn't seem to understand how NATO works, he is correct about how many NATO allies (including my home country) are not committing enough to our mutual defence. It should be pointed out that the 2% goal was set for 2024 (I believe), but many of us are likely not going to reach that goal in time. And his calling the rest of us on this, has helped raise awareness and pushed us closer to the goal.

In the long run, leaders will come and go, but as long as the men and women in service continue to have dialogue between our countries, I think we can count on the saner members to keep the ship moving forward (so to speak).
K

Black Jack Shellac said:
It should be pointed out that the 2% goal was set for 2024 (I believe), but many of us are likely not going to reach that goal in time.
Click to expand...

The nominal self-obligation that NATO member states signed up to in 2014 was to "aim to move towards the 2% guideline within a decade". As in, even spending a single cent more every year and failing to hit the guideline by 2024 still meets that goal and fulfills that obligation entirely.

Declaring that 2% are an "obligation" or "due" has always been a unilateral US action.