Big_Zucchini said:
The Iron Dome uses source code that is highly classified and belongs to the IDF and Rafael. If the IDF does not give permission, Rafael cannot transfer it.

However, measures are being taken to make the source code more accessible to the US, and perhaps through Raytheon.
So, it's a matter of time.
Click to expand...

Endgame system here will not be Iron dome as it is now. Skyhunter would the son of Iron done, an Americanized system. They want to fork the technology.
The two systems would have common hardware but the OS and some of the package would change. Think of it like Android and IPhone. They have similar hardware but the Software the source codes are (likely to be) incompatible despite both OS being based off a common root.
Iron dome bought buy the US army is more or less stock Iron dome with the source code issues. However for a major army like the US you can’t expect them to deploy such a system probably in numbers that might dwarf the IDF without tailoring to their needs,
The US Army wants to plug its future Indirect Fire Protection Capability system into the same network as PAC and other assets. To get via the network a heads up of incoming threats before they are on the systems own Radar and have the same type of networked US communications not currently available to the US via iron dome.
This is why the shoot off. To see if Raytheon can deliver or if the competition could an Iron dome like system that is compatible with the rest of the air defense network.
B

That is all understood. Hence why I have written it needs some work.
But when one side is so disadvantaged in a shoot off, and only 2 companies are said to participate, there may not be much merit so said shoot off.
B


At the end of the video we see what appears to be a laser system mounted on a Hermes 900.
Elbit's leadership is very competent. It appears they've made all the right bets during their lifetime. Seeing them take airborne lasers as a growth engine is definitely enough to convince me we'll see big things in this decade, perhaps by the middle of it.

This is the first public showcase of an airborne laser test made by the IDF in cooperation with Elbit. 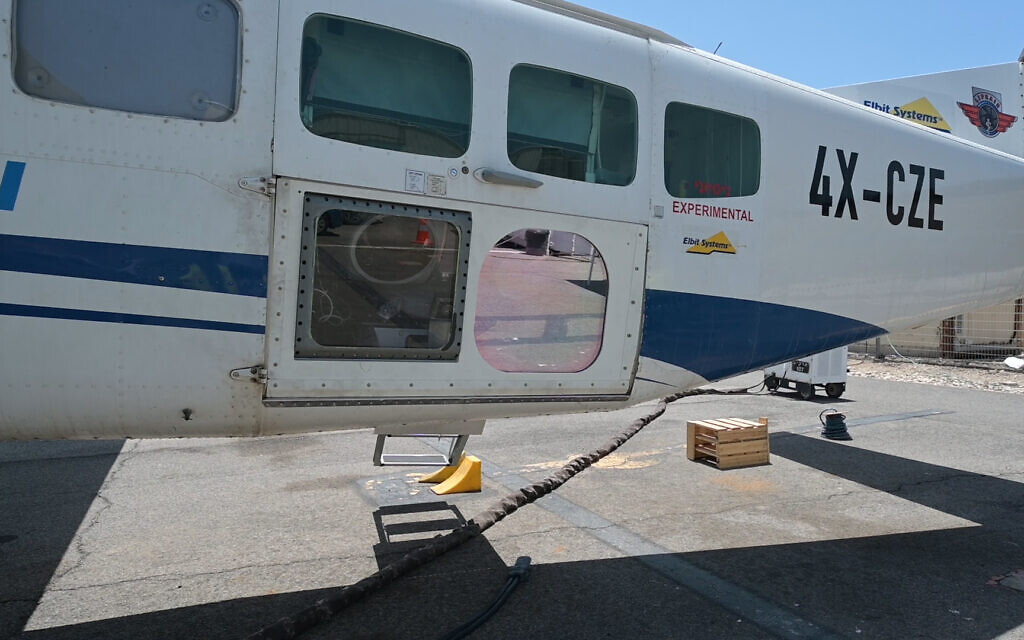 In test, Defense Ministry shoots down drone with plane-mounted laser

Israeli official says ground-based system, capable of intercepting rockets, mortar shells and UAVs, is expected to be in use by end of 2024

The test is on a larger (than a Hermes 900, in some parameters) Cessna, but the plans are for an unmanned aircraft, in the end.
Around 10 drones were shot down, from a range of around 1km.

Lasers are constantly becoming a more credible threat, and now we can expect to see aerial assets taking an integral part in the kinetic aspect of air defense. And that's while we still haven't properly integrated airborne IAMD-oriented ISR.

Big_Zucchini said:
First one will be installed on a "Boeing", slang for any 7x7 series plane. I assume a baby YAL-1.
Click to expand...

Probably a 737. The Israelis have used it for a number of Radar test beds it’s common and easy to get. Plenty of room to mount internal or external.

kimallee said:
Would be better to be a software engineer in this case.
Click to expand...