Did you people know that the F-22 fighter programme was introduced in 1981 a time when many of you guys including me were in our nappies or a twinkle in our parents eyes .

Likewise the programme was intended to have replaced the current F-15 programme. Furthermore this project would have taken near enuff 23 years in completion, if not more.

Also, guys dont you think that the F-15s should be modified with advance avionics so that they stay in service rather than scrapping them. If not, they should at least sell them off to other nations such as Pakistan, South Africa and Sri Lanka.

Staff member
Instead of BUYing from USA... these three countries should work together to make their own, introduce new idea and new designs. Sri L, SA, Pak don't need to BUY 50+ million "bugged" plane!!! :roll:
K

Yes but a joint venture between these three nations is impossible. Firstly, Pakistan is at a stage where they have joint ventures with nations such as China and also involvement of other nations such as France and the Ukrain. Therefore, Pakistan would not even think of SA and Sri Lanka as the two nations are not know for any idegneous programmes and also ventures with other nations in any arms.

Staff member
IF that is not possible then pakistan should concentrate with china since its an emerging power right now and with Iran. I think there is a lot of potential if Iran and Pakistan get together and create something!
K

Yes but for some reason Iran favours Indian ties over Pakistani ties. So it all depends on how the relations between the two progress.
O

hi kilo
this is my take on the issue

US has its vested interest on certain regions, its doctrine guides that it will give a nation with all the high tech toys if and only if it has a lot to gain economically or it enables to have control over its region

now regarding pakistan, if it hasn't crossed certain lines it would be still in US good-boy list and would have received all the high-tech toys it wished for

afterall pakistan did receive F-85, and F16 til 80's. at that time pakistan was strategically important to stop soviet expansion.

to much closer ties with china and nuclear ambition had its toll and US changed their policy.

but it is really unlikely to give away the tech for fighters like F15 to pakistan unless until, it had tons of oil or still soviet union was not broken. and afganistan was under soviet control.

Hey nice responce and a gud thought on the issue Orange. Yes u are correct regarding soviet expansion. I understand ure point of removing the soviet or shall I say the non existent soviet union. Basically the US would aid those who are of benefit to them. Likewise as u pointed out, they aided pakistan with the F-16s and F-85s due to pakistans assistance in breaking the soviet expansion initially.
B

Excuse me Sri Lanka CANNOT afford a fighter, it only has a 719 million defence budget and they are gonna purchase Israeli trainers. Also South Africa purchased the Griphen, and they also had talks with India about joint production of the LCA. India and South Africa developed Bhim which uses the Arjun turret, and a Indo-SA hortwitzer. They are also proposing India to make better Ammunitions, and both nations will team up and market these products. The Israelis would be included cause they are marketing India's ALH (Iran wanted to purchase it), and the South Africans are buying the Brahmos Cruise missile.

India and South Africa are close now, with a defence pact signed some time ago stating that South Africa won't sell any weapons to Pakistan. Don't take it offended my Pakistani friends.
K

First of all my friend, Sri Lanka does have Mig-27s fully operational in their air force, so how can you make such a statement. And secondly, could you please provide some valuable source regarding joint ventures between SA and India. And furthermore, I dont really think Pakistan would want to purchase anything from SA anyway. I mean then again, they do have allies such as Ukrain, France and lets not forget China. So why should Pakistan have to worry about anything.

I think Pakistan bought some AAM from SA
S

Raptor production should continue as to ensure a qualitative edge and to keep the U.S. aerospace industry working.
T

SteelTiger 177 said:
Raptor production should continue as to ensure a qualitative edge and to keep the U.S. aerospace industry working.
Click to expand...

You know, this has been discussed. The production lines are closed. I don't think you understand the cost of reopening a closed production.
J

I think the f-22 is done
https://www.fbo.gov/index?id=ea5679657b9297fe1871ed239e190c62
Next Generation Tactical Aircraft (Next Gen TACAIR) capability with an initial operational capability (IOC) of approximately 2030. The envisioned system may possess enhanced capabilities in areas such as reach, persistence, survivability, net-centricity, situational awareness, human-system integration, and weapons effects. It must be able to operate in the anti-access/area-denial environment that will exist in the 2030-2050 timeframe.
Remotely Piloted Aircraft (RPA) and Optionally Manned Systems
S

um, the F-22's replacement will likely be flying by then.
J

isnt what i posted the f-22 replacement ?
S

Sorry, I could not get the link to work so I assumed (my bad) that this was talking about the USN F/A-XX program.

thanks for fixing the link for me, i didnt check it
it's nice to be in a position where we can be confused with what new project it is
S

The F/AXX program is being pitched by Boeing as a possible replacement for the Super Hornet family.

Old conversation. But time for some updates.

Recently there has been reporting talking about making changes to the USAF Fighter Training program. These proposed Changes part of Project Reforge would if successful free up older training Raptors for use as Aggressors. Something F22 already does informally. 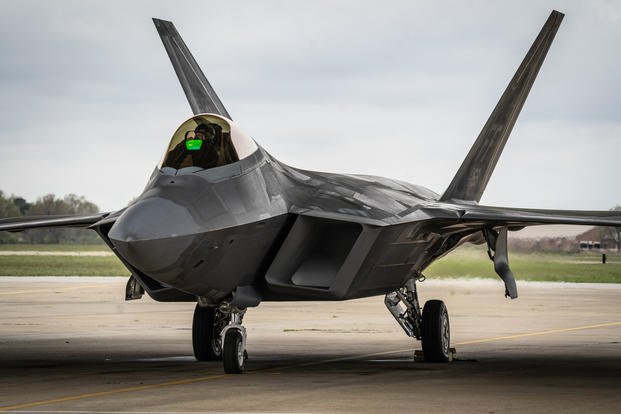 For years, the Air Force has wanted to make simulated adversary air battles with its own fifth-generation aircraft routine. 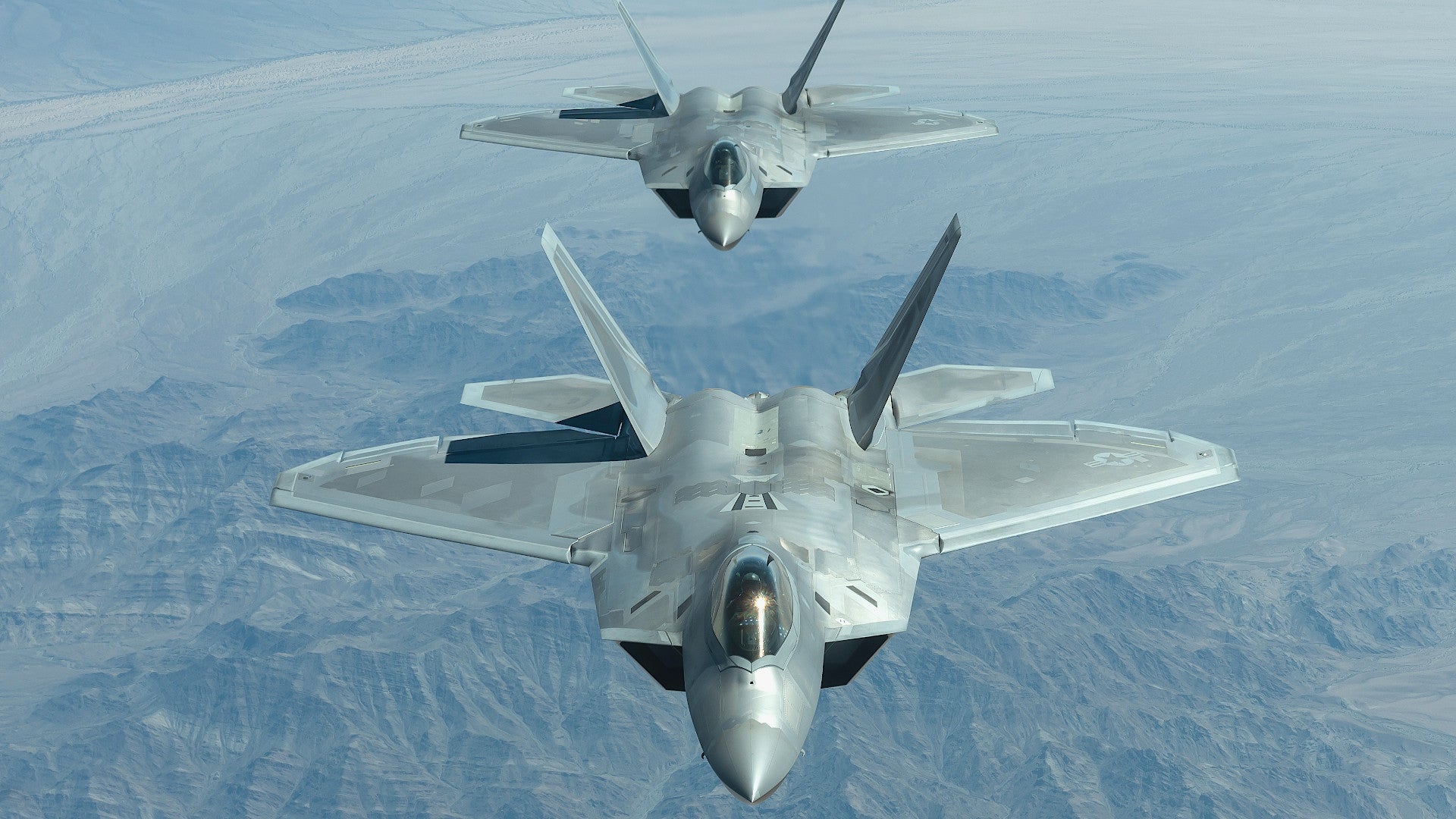 F-22s, which are in notoriously short supply, could perform other duties, including playing the bad guy, if new pilots needed fewer training sorties.


However not without problems as there is talk of an engine shortage. The F-22 Raptor, a critical component of the Global Strike Task Force, is designed to project air dominance, rapidly and at great distances and defeat threats attempting to deny access to U.S. nation’s Air Force, Army, Navy and Marine Corps. For the past several years, the U.S. Air Force’s fleet...

Frontline Raptors have still a lot of potential and are getting upgrades again recently Aim 9X and Aim120D. Link 16 transmit added.