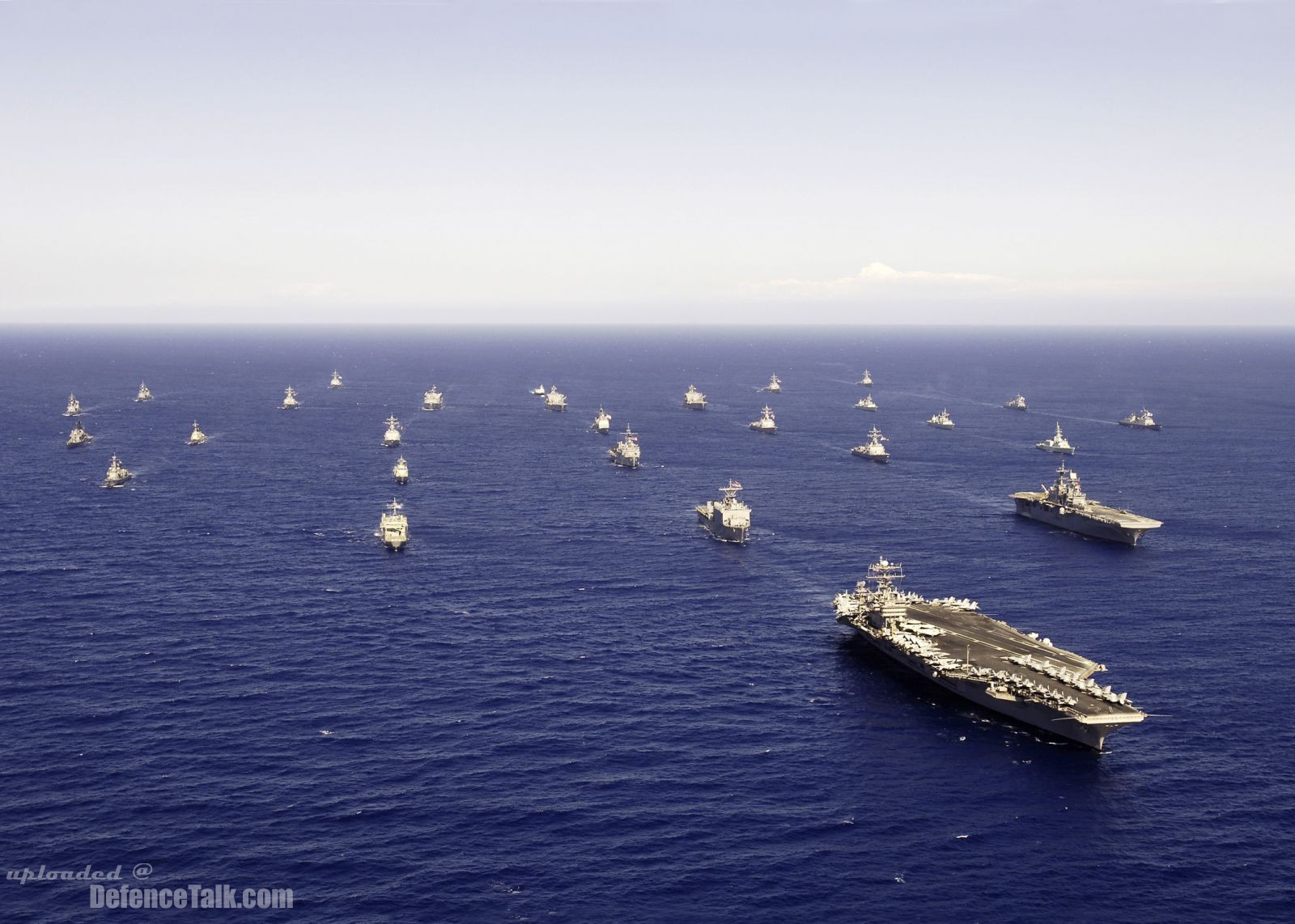 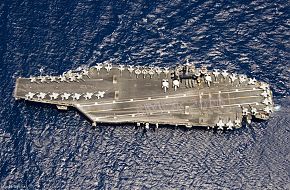 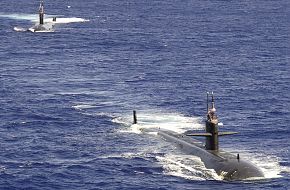 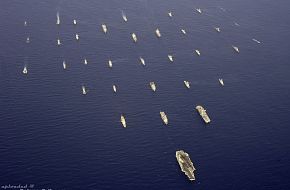 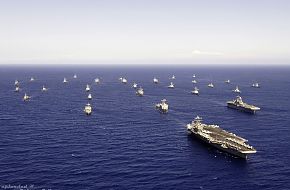 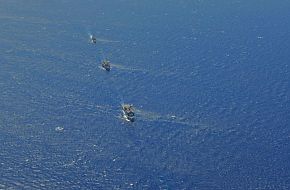 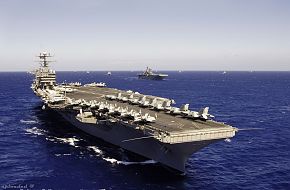 formation of ships and submarines from the U.S. Navy and seven other navies

Pacific Ocean -The Nimitz-class aircraft carrier USS Abraham Lincoln (CVN-72) and the Wasp-class Amphibious Assault ship USS Bonhomme Richard (LHD-6) lead a formation of ships and submarines from the U.S. Navy as well as the Navies of the seven other nations which participated in the 2006 Rim of the Pacific (RIMPAC) exercise. To commemorate the last day of RIMPAC, participating country's naval vessels fell into ranks for a photo exercise. U.S. Navy photo by Mass Communications Specialist Seaman James R. Evans
Click to expand...
There are no comments to display.