What kind of US Navy ship is that?

i came across this picture 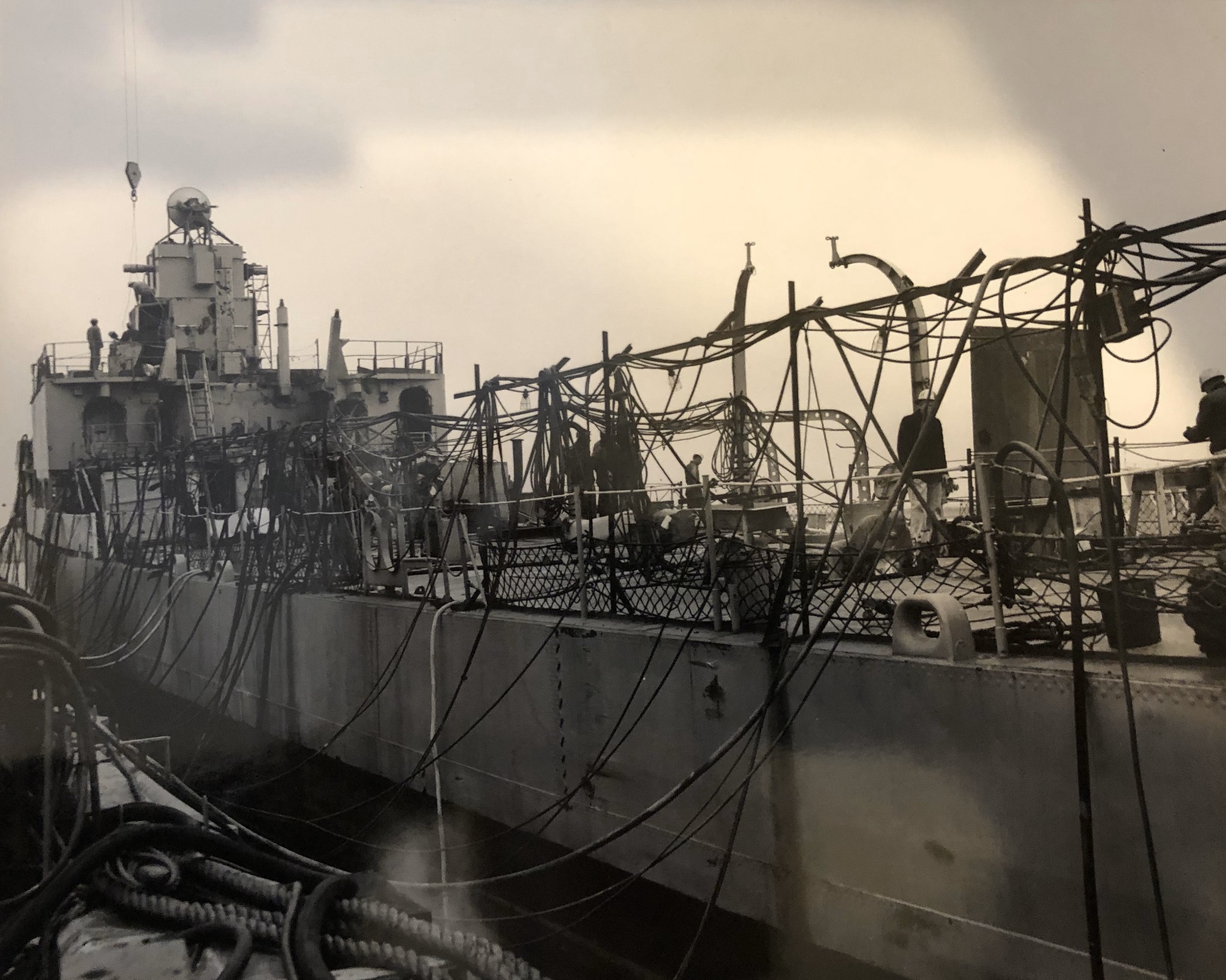 It looks like a World War 2 built destroyer, at some period in the 50s or 60s, either being dismantled or in the process of a major rebuild. In either case, the cables would be a combination of cabling built into the ship and over the side supply of services potentially including power, water and compressed air. However, the Mk 37 GFCS is not on the right deck level for it to be in its original position; so it is possible that this is some other class of small ship (still roughly DD size) that the director has been rested on temporarily using the crane visible above it.

Verified Defense Pro
My two cents, but looks to me like some form of degaussing ? I know the US and maybe some other navies of the world have had mobile degaussing platforms ?

Cheers, but yes a source for the photo would help to track it down

Please take the time to read the rules, because we are a profession defence forum and we have little time or tolerance for politics.

We look forward to your input to our ongoing discussions which are many and varied.

It's a guess, but it may be EDD-828 USS Timmerman - at a guess being disposed of.

Her bridge was different to a normal Gearing's - which I think I can see on the left curving forwards. Her bridge also seems lower than a normal Gearing, and noting it's a Mk 25 on that Mk 37 director it's highly likely post war.

I guess disposal because of the lack of funnels. The launch pictures here show funnels but no director, while the last photo (as AG-152) shows her being disposed with the Mk 25/37 still there. The Mk 37 also appears to be well worn, and at a guess by 1958 the Mk 25/37 combo wasn't worth saving.
B

thank you all for your answers

The source of the picture is a photo album of a friend in the US. When i saw it i wanted to find out more about the ship. I dont know when the picture was taken, i only know that it could be a destroyer.
A world war two built destroyer and the picture taken in the 50s or 60s is what i also thought.

Thanks for pointing out the GFCS, it is a good feature to help finding out more about the ship. Is it certain that it is a MK37?
I had a look at the USS Timmerman. The GFCS looks similar, but i agree: It doesnt seem to be on the right deck level. Judging by the orientation of the GFCS, the picture was probably taken amidships. A lot of the ship's structures seem to have been removed.
Last edited: Mar 19, 2020
B

I had another look at the Timmerman. The GFCS had a transparent/perforated dish and the ship on my picture doesnt. Also the housing of the rangefinder looks different.

The rangefinder of the Timmerman was btw a MK67 and the radar MK25.