Luna 25 had been scheduled to lift off in September this year, but once again the launch date is moved backwards.

Reportedly, a speed and distance sensor that will help the lander make a safe and soft landing on the moon underperformed during testing, leading to the delay from last month into 2023.

Luna 25 will be the first mission in modern Russian history to head for the moon, but the program is delayed for countless times, maybe even more than ten times. The Luna-Glob program is based on plans dating back to 1997. Due to the 1998 Russian financial crisis however, the programme's first mission, the Luna 25 lander, was put on hold, only to be revived a few years later. Initially scheduled for launch in 2012, then rescheduled to 2014, then to 2015, to 2016, 2018 and 2019.

The last reschedules are from last year to May to August and then September 2022 — and now July 2023. So this is a never ending story of delays and setbacks for this cursed program. 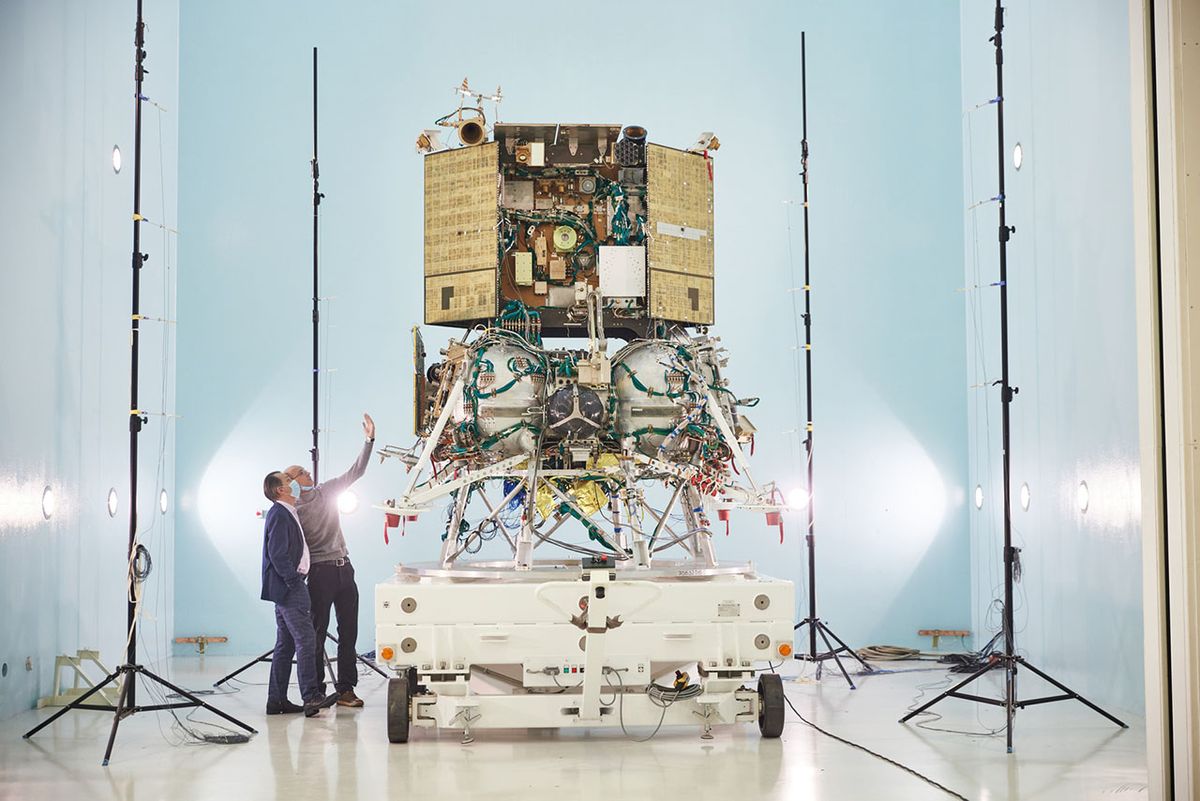 Luna 25 had been scheduled to lift off this month.