There were early reports that the Saudis were possibly interested in DDG-51s but their latest request makes no mention of Burkes. The USN awarded LM a sizable contract on behalf of the Saudis for Mk 41 VLS and it would seem these are intended for the frigate fleet they intend to buy.

If this turns out to be the case and SA foots the bill for,integration on LCS, maybe the USN could consider VLS on SSC?

ABU DHABI — A second letter of request (LoR) from the Saudi government detailing requirements for the Eastern Fleet replacement program was delivered to the US Navy in February, barely a month after an initial request was sent, according to sources here at the International Defence Exposition show.

The move highlights a heightened pace in developments related to the Saudi Naval Expansion Program, a project that could be worth as much as US $16 billion.

Competition has been fierce between French suppliers, who hold the preponderance of contracts in support of Saudi Arabia's western, or Red Sea fleet, and the US. Transmission of the LoRs to the US Navy's International Program Office could indicate the Saudis are leaning strongly toward a US buy.

If so, the Eastern Fleet plan also offers the strongest potential case yet for the first foreign sale of a version of the US Navy's littoral combat ship (LCS).

The February LoR offered a few more details and clarified some issues from the January document, sources said. As before, the Saudis did not list specific ship designs, but rather gave guidelines for their requirements. Among the highlights:

missiles; fitted with an "Aegis or like" combat system using "SPY-1F or similar" radars; able to operate Sikorsky MH-60R helicopters; with a speed of 35 knots.

10 "maritime helicopters" with characteristics identical to the MH-60R.

The Saudis are said to be not interested in developing new designs, but rather want "proven capability" in their purchases.

Lockheed Martin and Austal USA have offered versions of their littoral combat ships fitted with VLS and phased-array radars, including the SPY-1F, both for export and most recently for the US Navy's Small Surface Combatant (SSC) competition conducted in 2014. In December, the US Navy chose to forgo Aegis and VLS on its SSCs, now designated as frigates.

Other than the LCS/SSC/frigate designs, there are no other US designs in production that would fit the 3,500-ton parameters of the Saudi frigate.

The Saudis have long been said to be interested in the Lockheed LCS fitted with Aegis, SPY-1F and VLS, and the details in the LoR closely match characteristics of Lockheed's Multi-Mission Surface Combatant Ship (SCS) using the same 118-meter-long hull as that on current LCSs for the US Navy. The Saudis are widely reported not to be so interested in the ship's modular capabilities, although a reduced version of the mission bay features of the ships is expected to be part of the design.

@barney41. "Saudis want a proven design". The LCS meets their displacement requirement but that is about all. As for proven design, I think the jury is still out on that.
B

John Fedup said:
@barney41. "Saudis want a proven design". The LCS meets their displacement requirement but that is about all. As for proven design, I think the jury is still out on that.
Click to expand...

It is what the Saudi's consider to be a "proven capability". It's their say what passes muster from their perspective. It would be interesting to know if they issued similar Letters of Request to other countries.

barney41 said:
It is what the Saudi's consider to be a "proven capability". It's their say what passes muster from their perspective. It would be interesting to know if they issued similar Letters of Request to other countries.
Click to expand...

Staff member
Verified Defense Pro
What the Saudis need and what they end up buying are two different things.

What they need is probably something along the lines of a dozen or so Ambassador III class not a couple LCS, Burkes or F-100s.
B

An impressive wish list If the report is accurate. A major focus on AAW capability. I'm surprised they seemingly haven't prioritized the MCM mission since mines are a very real concern.
A

Staff member
Verified Defense Pro
Go take a look at the Saudi military. It is more about expensive and flashy toys than needed capability.

I think they've been repeatedly offered a couple OHP's that would do nicely but they passed each time.

Staff member
For the frigate the only one that comes to mind would be the Fridtjof Nansen-class but that is too big by ~1,500t.

But it is low risk/proven and does have AN/SPY-1F and 2x 8 cell launchers.
I would imagine Spain would give quite an aggressive price. They even sent one to RIMPAC last year to shoot off a NSM.

They are pretty low crew (120). If you were a oil rich nation that wanted something capable (SPY, SM6, NSM, ESSM) and low crewing, not a bad choice. Either that or a National Cutter (NSC) with SPY-1f.

Lengthening and significantly modifying a LCS to create an orphaned class seems, odd.

Staff member
Navantia released a frigate design (actually aimed at Peru) which seems to sit close to the mark, however there are differences of course.


Obviously there's no Aegis/SPY in there but at least Navantia have experience integrating those sort of systems into ship designs. Then there's the speed req, it's 30 knots rather than 35.

Still, I like that design. Just thought i'd throw it in to mull.
A

Staff member
Verified Defense Pro
This contract will go to a US yard.

Staff member
Just firing a shot across the bows of the LCS, if they want effectively something close to a frigate in capability then they're going to have to compromise on something be it tonnage, speed, firepower, sensor suite or armament.

LCS itself isn't cheap, can't imagine a redesigned version making closer to a light frigate will be any cheaper with only 4 to be made.

Still, if they want to pour the money into it then that's fine.
B

According to the report:

It is not clear what ships the Saudis might have in mind for the 2,500-ton warships, although a stripped down LCS might fit those parameters. There is some thought, sources said, that the ships could be versions of the LCS but without Aegis. Earlier reports indicated the Saudis were asking for 12 of these ships, but those reports were either wrong or the number has been modified.

This would seem to make sense if they are thinking of an LCS-based Frigate.
L

Staff member
Verified Defense Pro
If they wanted Aegis for BMD the cheaper and easier to sustain option would be to build a few Aegis Ashore installations across the most likely flight paths for any ballistic missiles.
B

Well the cat's finally out of the bag and the Saudis are getting the Multi'-Mission Surface Combatant, a frigate based on LM's LCS. Unlike the USN's new LCS-based frigate, the Saudis get VLS and the ability to quad-pack ESSMs. They also will be armed with Harpoon while the USN still has to decide on it's OTH missile preference.

US OKs Potential $11.25B Saudi Deal for LCS Variant

barney41 said:
Well the cat's finally out of the bag and the Saudis are getting the Multi'-Mission Surface Combatant, a frigate based on LM's LCS. Unlike the USN's new LCS-based frigate, the Saudis get VLS and the ability to quad-pack ESSMs. They also will be armed with Harpoon while the USN still has to decide on it's OTH missile preference.

US OKs Potential $11.25B Saudi Deal for LCS Variant
Click to expand...

LCS To Get Missiles for Next Deployment

A directive has been issued for the installation of an unspecified over the horizon missile aboard the Freedom and the Coronado, the next two LCSs scheduled for deployment to the Western Pacific during 2016.

“The objective is to install the OTH missile system aboard all in-service LCS deploying to forward operating stations starting in fiscal year 2016,” Rear Adm. Pete Fanta (director of surface warfare at the Pentagon) wrote in the directive, “as well as on all under-construction LCS prior to their commissioning ceremonies.”
Click to expand...

A specific missile was not identified, initial installations are understood to be the Harpoon and Kongsberg NSM. According to sources, each ship will have a different system installed, though there is no requirement to fully integrate the missiles with the LCS' fire control system

This batch of 12 comes a few years after an initial order for 79 of these 22,35 m long patrolboats.

These 2200 FPBs, designed and built by Couach, are quite small, but are equipped with a 20 mm remotely operated gun fitted forward, as well as a 12.7 mm machine gun aft, and will carry out missions to protect sensitive infrastructure, protect maritime borders and fight piracy and smuggling, once accepted by the customer. 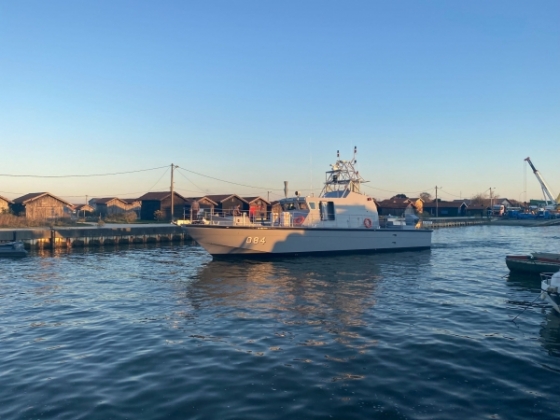 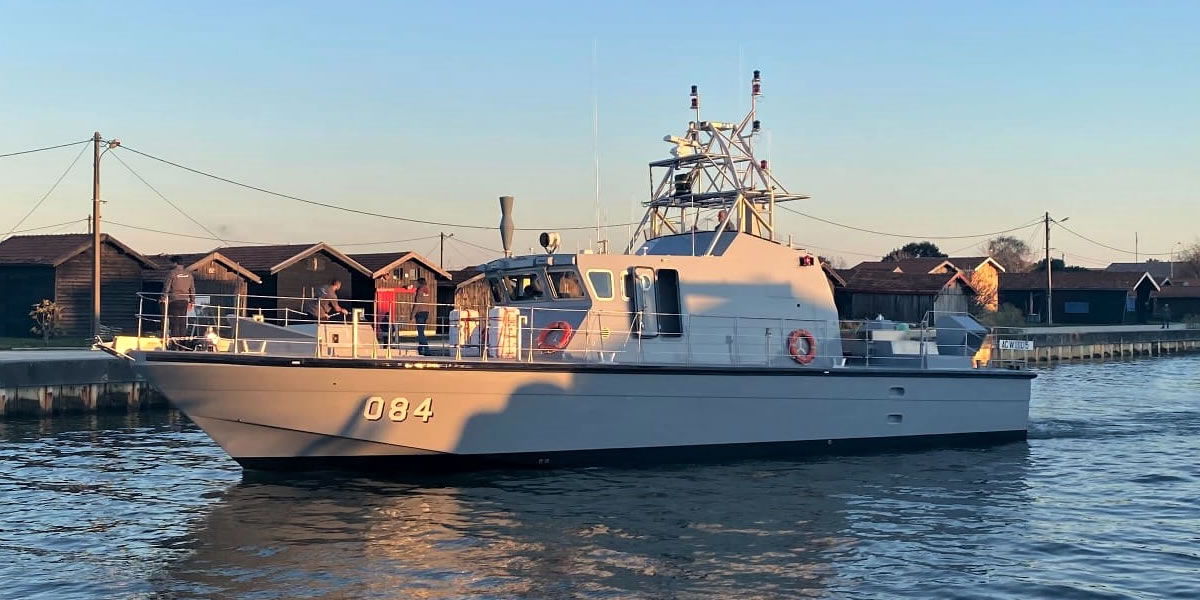